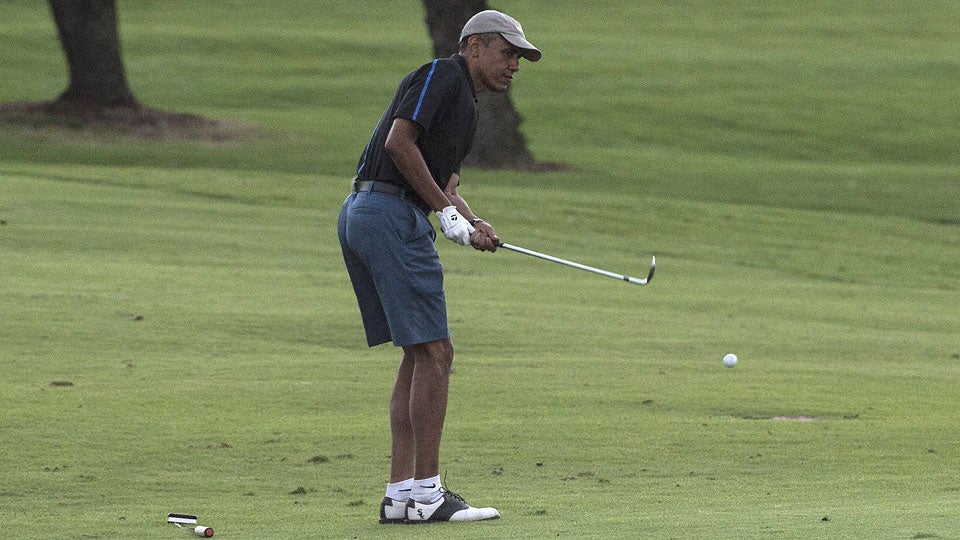 President Barack Obama wrapped up day three of his Hawaii vacation by playing a round of golf with three friends at Mid Pacific Country Club in Kailua.

Obama walked down the 18th fairway as the sun set behind the Koolau Mountains. About two dozen onlookers lined a nearby public street to try to see the president, but security kept the onlookers away from the 18th green.

Obama attempted a chip shot of about 40 feet and made it into the hole. He reacted by dropping his wedge and raising his hat and arms into the air. He then pointed his finger at the media and tipped his hat and waved toward the gallery watching him from the road. Obama then walked over and high-fived his playing partner, Darrell Harrington.

The motorcade then headed back toward the Kailua vacation home.