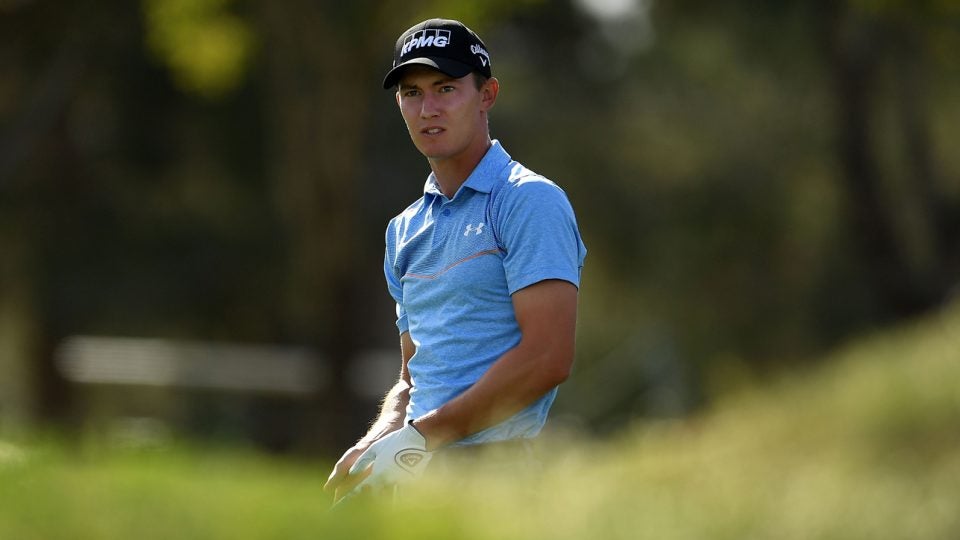 Maverick McNealy is the most intriguing young golfer to come along in quite some time. Yes, the kid can play: He spent much of 2016 and ’17 as the top-ranked amateur in the country (while earning a degree in engineering and management science at Stanford). But what makes McNealy so unusual is his backstory: his father Scott is a Silicon Valley legend, having co-founded Sun Microsystems, which sold to Oracle in 2010 for $7.4 billion. Maverick grew up in gilded circumstances — for years the family kept a mansion on the 16th fairway at Pebble Beach — but he is remarkably self-possessed and down-to-earth. He can still be starstruck, too, as evidenced by Tiger Woods’ campus visit during McNealy’s time there. To nobody’s surprise, Woods was quite the hit.

“The most I’ve learned from Tiger was when he came to campus about 2.5 years ago. It was right after his first back surgery when he was just back hitting balls,” McNealy said. “He spent the weekend on campus. He was in the gym at 5:30 in the morning, crushing it, out at the range at 8 a.m. One of us would somehow find the courage to walk up to him and ask him a question like, ‘Hey Tiger, how do you hit the stinger?’ He’d start answering and another couple would walk over. Finally, all 20 of us — the men’s and the women’s team — were around him in a semi-circle.

“He’s hitting shots, answering questions, telling stories. He’s saying ‘What shot do you want me to hit?’ ‘Oh, that stinger 4-iron or that stinger 6-iron you hit on no. 4 at Olympic in the U.S. Open. Then he’d hit that shot.’ He was just unbelievably generous with his time. What I learned from that week was that he wasn’t really doing anything really, really different than all of us, he was just doing it better than everyone else. That gave me the confidence to just try and find a recipe that works and do it as well as I possibly can.”

Maverick shared that story with me in Las Vegas, where he played on a sponsor’s exemption and missed the cut. It was the second of seven he is allowed to take as a non-member of the PGA Tour. If he earns 269 FedEx Cup points during these seven starts — equal to the 150th place on the 2017 list — he will become a “special temporary member” of the Tour and be able to accept unlimited sponsor’s exemptions for the remainder of the season. Maverick discussed that uncertain grind and much more during the chat.