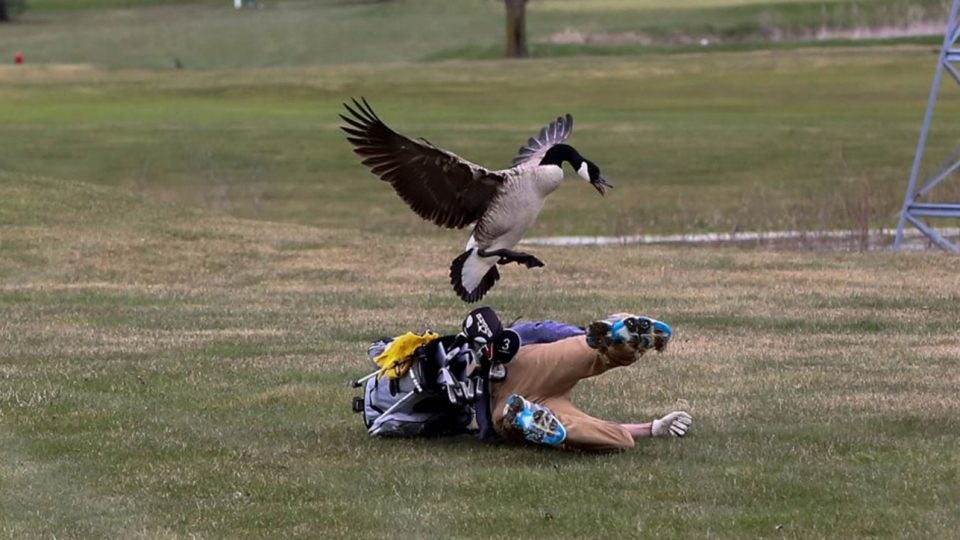 No other sport crosses with nature as much as golf, and generally it’s an amiable relationship. Generally.

Well, nature was not so amiable recently for one player from Blissfield High School in southeastern Michigan. According to the Blissfield Athletics Twitter account, one goose became a bit territorial when golfers passed by its nest.

As many golfers know, geese can tend to be a bit prickly. This particular golfer wasn’t afforded a golf cart, and even worse, he was carrying his bag, adding difficulty to the escape. Sadly, there was no video taken of the incident, but these precious photos should be all you need.