Phil Mickelson: Someone Is Going to Break Major Record of 63 This Weekend 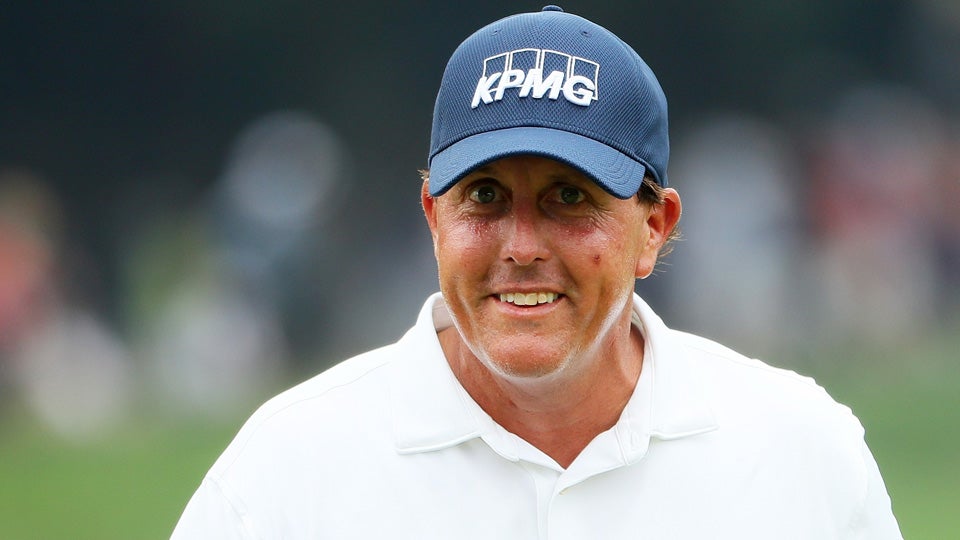 Phil Mickelson says someone will shoot a 61 or 62 this weekend at the PGA Championship.
Getty Images

Phil Mickelson thinks golf history will be made this weekend.

In an interview with Amanda Balionis following Mickelson’s third round of the PGA Championship at Baltusrol on Saturday, Mickelson said the course is “gettable” and that a 62 or lower is coming.

“I think someone is going to break that major record of 63 in the next two days,” Mickelson said. “There is a 62 or 61 out there.”

Mickelson didn’t waver in his prediction, and if a 62 ever happens in a major there’s a good chance it would come at a par-70 course, like Baltusrol. Thirty-six hole co-leader Robert Streb shot 63 on Saturday to shoot up the leaderboard.

Mickelson shot a two-under 68 in the third round and is one under for the tournament.