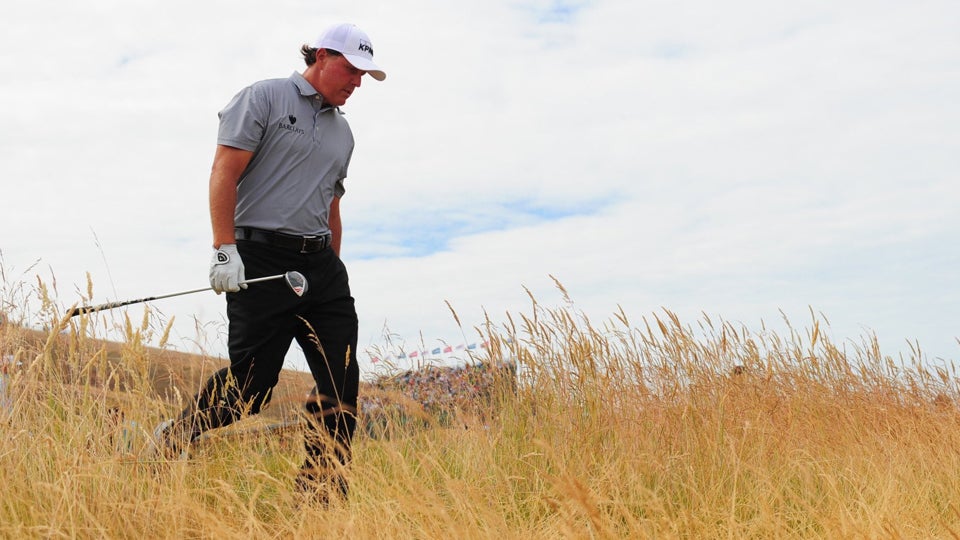 GULLANE, Scotland (AP) — Five-time major champion Phil Mickelson refused to comment on allegations linking him to an illegal gambling operation, saying Wednesday he is used to being an “object to be discussed.”

ESPN reported last week that $2.75 million belonging to Mickelson was transferred to a former sports gambling handicapper, who pleaded guilty to laundering money. According to court documents obtained by ESPN, the money was part of “an illegal gambling operation which accepted and placed bets on sporting events.”

“The fact is, I’m comfortable enough with who I am as a person that I don’t feel I need to comment on every little report that comes out,” Mickelson said, when asked for a response to the ESPN report.

ESPN reported that Mickelson, one of the biggest names in the sport, hasn’t been charged with a crime and isn’t under federal investigation.

Gregory Silveira of La Quinta, California, pleaded guilty to three counts of money laundering of funds from an unnamed gambling client of his between February 2010 and February 2013, according to ESPN, and is scheduled to be sentenced on Oct. 5.

Mickelson was more forthcoming on the issue of Donald Trump’s comments about Mexican immigrants, saying he was “disappointed” and that the real estate mogul’s remarks have put golfers “in an awkward situation.”

“We don’t agree with those comments but we are appreciative of what’s done to promote the game of golf, and that puts everybody in a tough spot,” Mickelson said.

Trump, a Republican presidential candidate, is facing a backlash, with the PGA of America announcing Tuesday it is moving the Grand Slam of Golf from his course in Los Angeles. NBC, Univision and Macy’s are among several businesses that already have cut ties to Trump over his comments.

Trump has a long-standing relationship with golf, however, and his remarks about Mexican immigrants – who, he has claimed, are “criminals, drug dealers, rapists, etc” in many cases – have placed golf in a difficult situation.

While Mickelson is a high-profile player to speak out, fellow American Ryder Cup players Rickie Fowler and Jimmy Walker, who are also playing the Scottish Open in Gullane this week, didn’t want to weigh into the controversy Wednesday.

Mickelson is back on Scotland’s east coast for the first time since winning the 2013 British Open at Muirfield, a course situated a short walk from Gullane. Mickelson closed with a 6-under 66 – playing the last six holes in 4 under – to lift the claret jug for the first time, for what he says is “probably the most special victory of my career.”

The 45-year-old American hasn’t won a tournament since.

“I am going to stop by (Muirfield),” said Mickelson, who has his family with him in Scotland this week – just as he did in 2013 when he won the Scottish and British Opens in successive weeks. “I’d love to just walk the back nine again. It’s probably the best nine holes of golf I’ve ever played.”