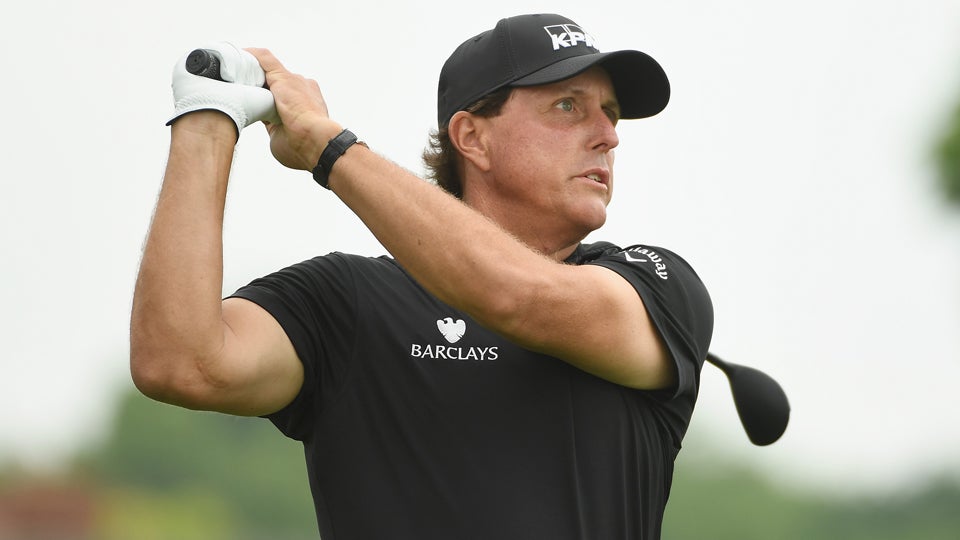 Phil Mickelson is in the hunt during a rain-delayed Round 1 at the 2016 U.S. Open.
Ross Kinnaird/Getty Images

Phil Mickelson came to Oakmont Country Club seeking to complete the career Grand Slam, with a host of near misses at U.S. Opens over  his career.

He had a near miss of another sort on Friday during his first round at the U.S. Open.

Playing the 11th hole, Mickelson hit his approach into the green from 140 yards out and nearly jarred his approach on the hop. After a couple bounces, the ball threatened the corner of the cup before coming to rest inside two feet.

Lefty brushed in the short birdie putt to get him back to even par for the tournament.

Watch the shot below via the USGA Twitter feed.