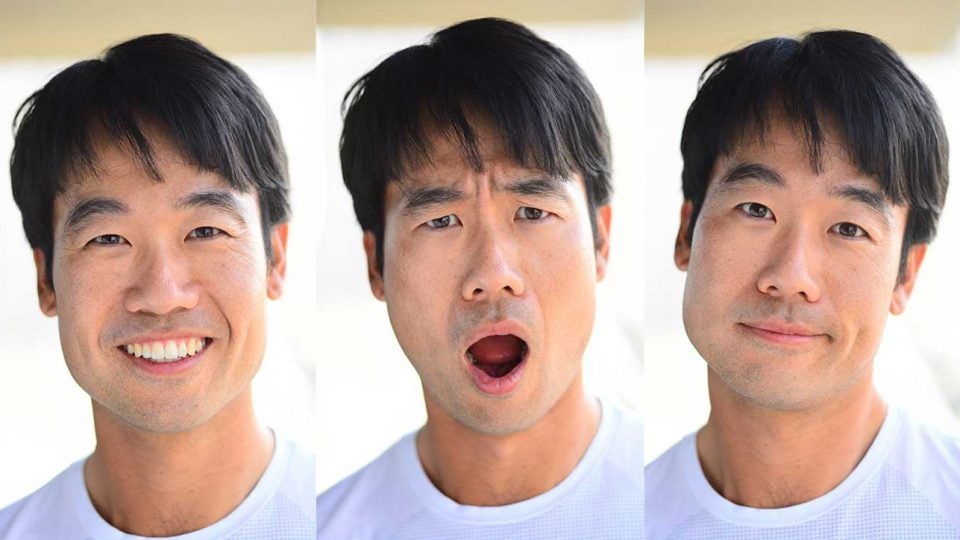 This Q&A is adapted from a longer conversation with Na on the GOLF.com Podcast.

This is your 15th year on Tour — not an insubstantial number at your age.

Mark Wilson and I were talking about that on the range. I played two years of pro golf before I got on Tour, so this is my 17th year playing pro golf, and I’m 34. I’ve been a professional golfer for half my life!

Where do you feel you are? Are you halfway through this journey?

I keep telling people that I hope the Champions Tour [age minimum] goes [down] to 45. I can’t wait to play that Tour. I think it’s great, and it means you had a heck of a PGA Tour career. And it’s not easy. The PGA Tour is getting younger and younger, so looking at that, I want to play until I’m, like, 42 or 43, then go on the Steve Stricker schedule, where you only play a dozen or so events a year.

You’ve seen the Tour evolve rapidly. Is it discouraging to see the bomb-and-gouge style become the way most guys play?

Yes, the game has changed. We’re going to golf courses that are longer and longer. Everybody hits it a mile. You stick out when you don’t hit it far. Back when I first got on Tour, if you hit it 300 yards you were a long hitter. Now it’s easier to pick out the guys who don’t bomb it.

Is it funny to turn up at certain Tour stops and find the same group of guys who play the same events because the courses favor you and them?

Oh, yeah. The veterans out here — you can just look at the schedule and 90 percent of the time guess what tournaments they’ll be playing.

You have a very lofty perch on the all-time money list, but with just one victory.

Let’s talk about that. Pat Perez had a revival of his career last year, and he’d won only one tournament before then. How much pride do you have in what you’ve accomplished, and what do you mean by frustration?

I love Pat. I just started working with his swing coach, Drew Steckel. He’s done a great job with him. Pat basically found new life, winning two tournaments at fortysomething years old. He’s top 20 in the world right now. It’s incredible. If I can have that in my 40s, sign me up. I’ve played as steadily as anybody could. I’ve made a bunch of Tour Championships. My World Ranking was pretty good for a long time. I’m somewhere around 40th in career money — but only one win! The numbers don’t balance out. I know I’m going to win a few more times before my career is over, but it bothers me quite a bit. I’ve made a great living doing this and, yeah, it’s been great. But I still look at that one stinkin’ trophy at home…

You turned pro when you were a junior in high school. What drove that decision?

I wanted to make some money! [Laughs] I don’t know — I think I was young, dumb and filled with ambition. I had no fear. I thought for sure I was going to get on Tour. I never doubted myself. I had played overseas for two years. I was about a month from turning 18 and hated carrying my own bag, and felt like I would be ahead of the game, golf-wise, by not going to college. I was very fortunate that things worked out.

For a long time, you’ve had the reputation of being a slow player. I know you’ve worked hard to speed up. Do you still consider yourself to be a slow player?

I’m not the fastest, I’ll tell you that. Am I slow? I can be at times, but I don’t think I’m that slow. People don’t realize that what they saw at the 2012 Players was the yips. It wasn’t my normal preshot routine, so you can’t call it slow play. Am I the fastest player on Tour? No, but what you saw there was the yips — so let’s get over that. It was six years ago. But I still have some people say to me, “Pull the trigger!”

Most people don’t want to talk about having the yips. For you, it’s almost an important alibi.

It was something that was building all year, wasn’t it?

It was slowly building, and it just erupted at the Players. Most of the guys who are going through the yips, you will never see it on TV because they’re usually missing the cut every week. But I was playing some of my best golf. My yips were different. It wasn’t like I was hitting it crooked or missing putts, it was just that I couldn’t take the club back.

To be able to stripe it while dealing with that — I thought it was an incredible performance.

I’ve been through it all. Playing the Tour for 14 years, even as steady as I’ve played, I’ve gone through a lot. I’ve seen a lot and felt a lot. If some young kid said, “Hey, Kev, I’m struggling with this. What do you think?” I’d probably have good advice for them.