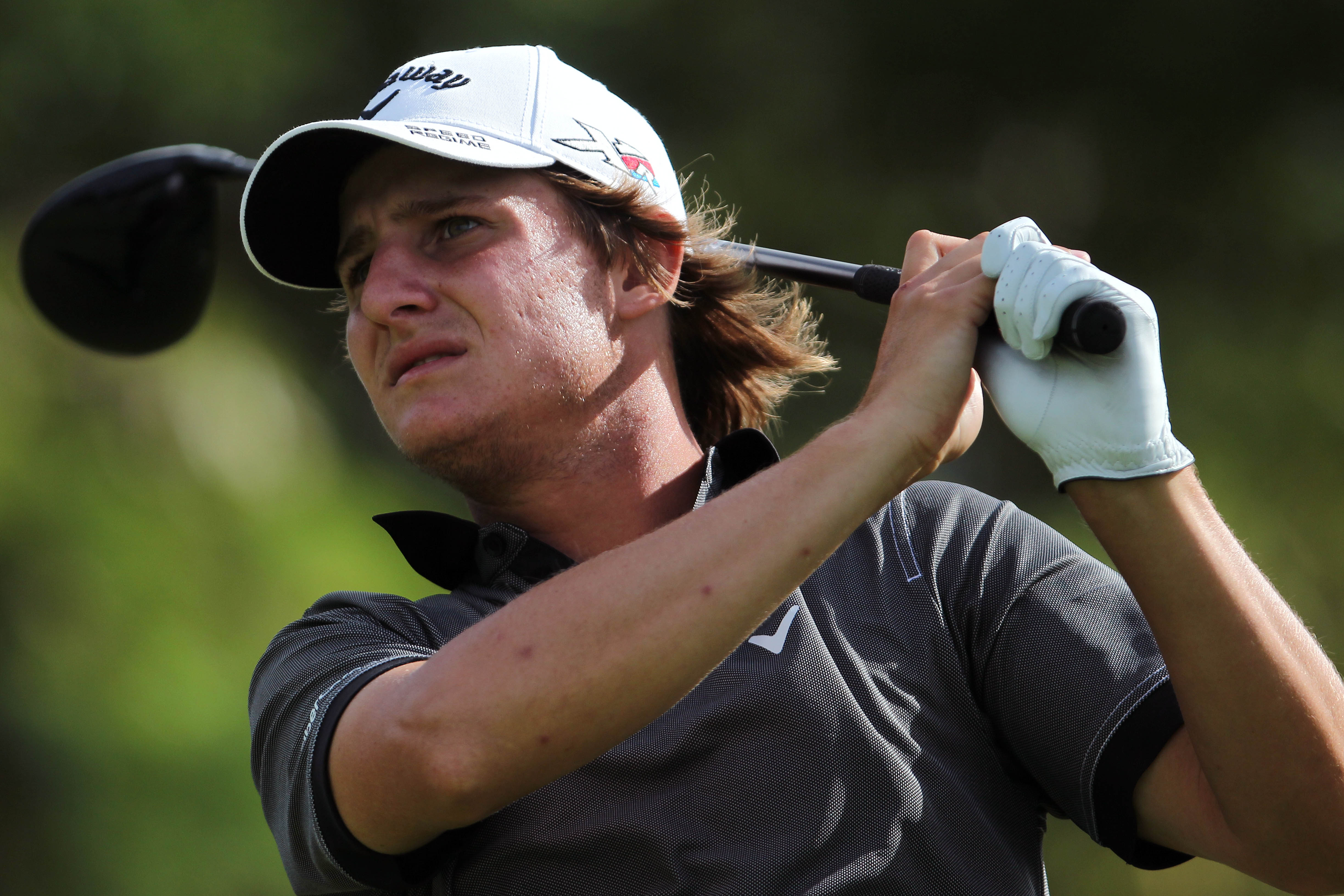 It’s only been two weeks since Jordan Spieth won the Tour Championship and the season-long FedEx Cup race, but the Tour’s wrap-around schedule starts right up again this week with the Frys.com Open in California. The fall line-up kicks off with seven FedEx Cup events — two exclusive events in Asia plus five regular Tour stops in the U.S. and Mexico. Those five North American events will be critical first steps for the seventeen rookies on the PGA Tour this year. A good start can solidify a rookie’s position in the priority rankings, gaining them entrance into more events, while a poor start likely means a demotion back to the Web.com Tour. This year’s rookie class has a tough act to follow after the success of new comers like Daniel Berger, Justin Thomas, Tony Finau, and Patrick Rodgers in 2014-15, but here’s a look at some of the youngsters likely to make an impact in 2015-16.

The 23-year old Argentine is entering his fifth pro season after playing mainly on the European Tour since advancing through Q-School in 2011, and his play has been consistently above-average throughout. He closed 2014 by capturing his first professional win on the PGA Tour Latin America, but he really broke-out this season. Grillo missed just three cuts in 23 events across four continents this year, capturing eight worldwide top-10s including a season-ending victory at the Web.com Tour Championship. He’s finished inside the top 50 on the European Tour in scoring average for the past two seasons and showed his ability to compete in the U.S. with a win and two runner-ups in events with weak PGA Tour-level fields. Most importantly, at just 23, he’s likely to continue making improvements to his game.

Kizzire’s emergence as the top dog on the Web.com Tour this season came as big surprise based on the 29-year old’s career to date. Coming into 2015, the Auburn grad had managed just 23 Web.com or PGA Tour rounds in over six seasons mainly spent on mini-tours. But in a sport where success is largely a product of hard work, Kizzire reaped the benefits this season after dedicating himself fully to golf over the last few years, tying for the Web.com Tour lead with two wins topping the charts in stroke differential to field average. It’s tough to predict exactly how bright his future will be considering his short track record, but the last five golfers to lead the Web.com Tour in that stat are Justin Thomas, Ben Martin, Luke Guthrie, Chris Kirk, and Danny Lee. You have to like Kizzire’s odds given that kind of company.

With no wins on his resume, Kim has yet to experience the professional success of Kizzire or Grillo, and his track record is much shorter than most of his fellow rookies. But the Korean-American has as much potential as any PGA Tour newcomer this year. His amateur career was short, but distinguished; he won the Haskins Award as college golf’s top player in 2013 (Cal-Berkley), was runner-up at the U.S. Amateur Public Links, and finished as the low amateur at the 2013 U.S. Open. One of the best predictors of eventual PGA Tour success is a strong college record, especially at a young age. Kim finished as the 35th best golfer in the country as a freshman and the best as a sophomore according to Jeff Sagarin’s college rankings. Recent top finishers on that list have included Russell Henley, Justin Thomas, and Rickie Fowler, so Kim is also in good company. He’s been unable to capture a victory in two seasons on the Web.com Tour, but he ranked 17th in 2014 and 4th in 2015 in stroke differential to field average. Kim’s results already indicate he’s good enough to compete on Tour, and if he continues to develop this season, he could certainly be a factor in the Rookie of the Year race.

The young Aussie exhausted his rookie eligibility on Tour last year, but played in only 13 events, highlighted by a T-4 at the U.S Open. At 22, Smith has been a professional for just over two seasons, but has already recorded starts on seven different professional tours and was ranked 93rd in the Official World Golf Ranking last week despite playing so few tourneys. So while he won’t be eligible for Rookie of the Year honors, he certainly should be counted among the Tour’s top newcomers in 2015-16.

My Pick for Rookie of the Year: Emiliano Grillo