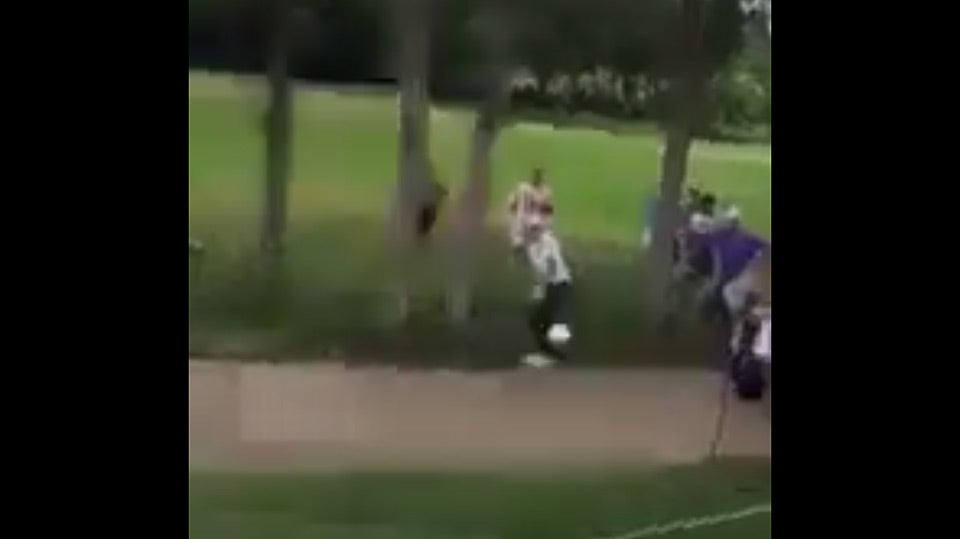 If you ever needed a reason to stand away from the action at golf tournaments, this is it.

Here’s a clip of a fan taking a video, which is against PGA Tour rules at tournaments, of Bud Cauley on the par-4 ninth hole during the final round of last week’s AT&T Byron Nelson.

While the fan was filming, Cauley yanked his punch shot, hitting the video-taking spectator directly in the chest. Hopefully the fan is OK, but it had to sting a little bit. Cauley made a double-bogey 6 on the hole, but he still managed to shoot even par and finish T4.

Friend of a friend having a great time at the Byron Nelson @PGATOUR until @BudCauley comes thru.. pic.twitter.com/GEllkKkBxO