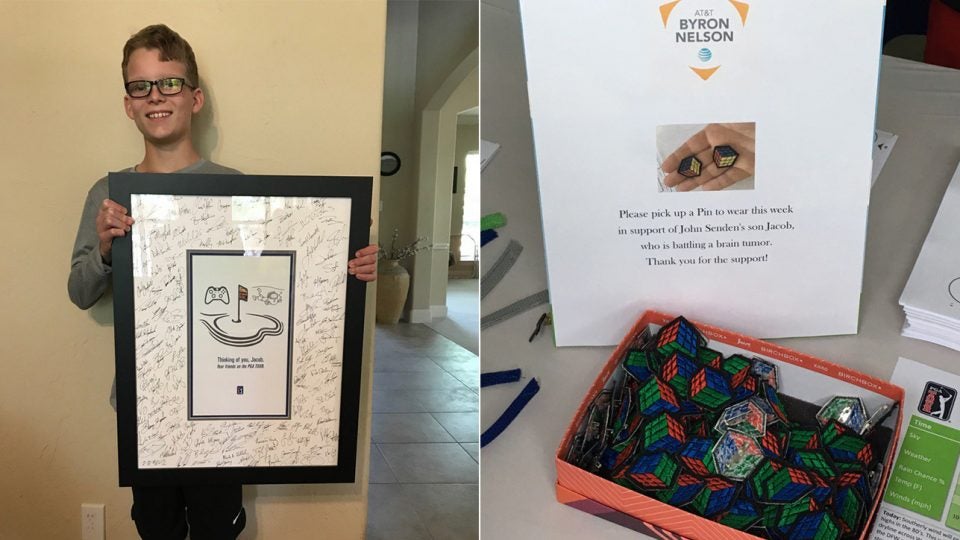 PGA Tour players will tell you their league is like a fraternity, and when a member of that fraternity is dealing with off the course issues, Tour players tend to rise up in support.

This week, that support is all behind John Senden’s 13-year-old son, Jacob, who was recently diagnosed with a brain tumor. John first made the news public in late April saying he had no immediate plans to return to the Tour.

Players will be supporting Jacob this week by wearing Rubik’s Cube pins on their hats to represent one of Jacob’s favorite toys, an idea of Steven Bowditch, fellow Australian golfer and friend of Senden. Check out the pins below. Further down is an image of Jacob and a bunch of Tour player autographs from the Players Championship.

Thankyou to all the players that signed the picture for Jacob @THEPLAYERSChamp in support for his cancer treatment . https://t.co/2a4TujsWrr

@THEPLAYERSChamp Thankyou to our @PGATOUR family & friends. Love the support!!!