PGA Tour Could Leave NBC, CBS Early, According to Report 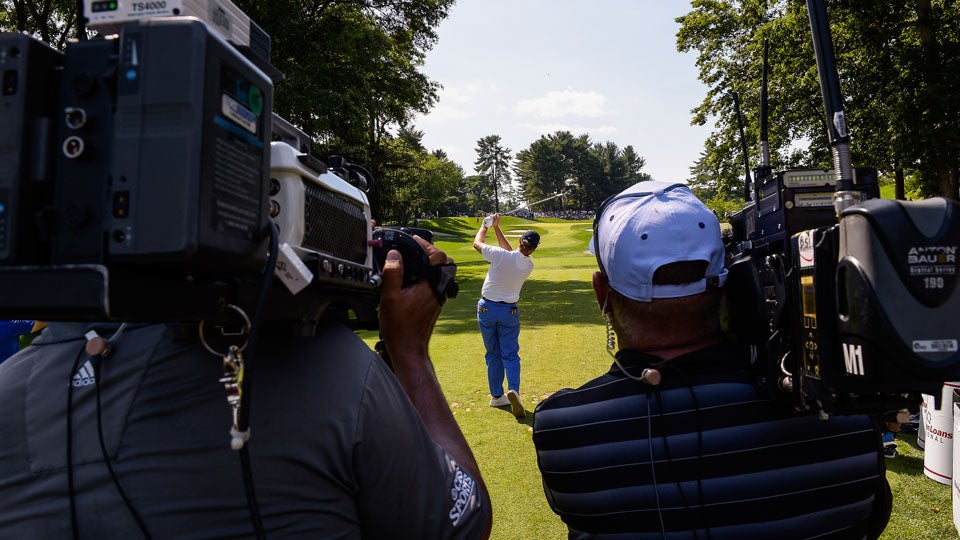 The PGA Tour could opt out of its current deals with NBC and CBS in 2018.
Getty Images

Is the PGA Tour changing channels?

According to the Sports Business Journal, PGA Tour officials have met with executives from each of the four major networks over the last few weeks as the Tour considers whether to opt out of its current broadcast deals.

The Tour’s contracts with NBC and CBS run through 2021, but they could exercise an opt-out clause that would put their rights on the market following the conclusion of the 2017-18 Tour season.

Tour spokesman Ty Votaw declined to comment on the story.

ABC (owners of ESPN) and FOX (owners of Fox Sports) currently cover two of golf’s biggest events — ESPN has aired the first two rounds of the Masters since 2008, and Fox Sports took over coverage of the U.S. Open in 2015 — but a deal with the PGA Tour would represent an enormous expansion of each network’s golf coverage.

Neal Pilson, the former president of CBS Sports, said it is “extremely unlikely” that the PGA Tour would leave NBC and CBS because of the unique way the Tour’s sponsors subsidize coverage of its events to minimize risk to the networks.

“The PGA Tour is the only major sports league that requires event sponsors to buy time on the covering network,” Pilson said. “So the real question is whether the PGA Tour is going to ask its sponsors to pay more for a step down in the quality of the coverage. I don’t think there are a lot of companies out there willing to get into golf for more money than is currently being paid.”

Pilson also pointed to ESPN’s shrinking golf coverage, FOX Sports’ inexperience in broadcasting golf and both network’s crowded schedules as further signs that the Tour isn’t seriously considering a move. The Tour, he said, is likely just doing its due diligence, dangling competitors in front of its current partners to leverage the best deal for its players.

“I see this discussion as a probable effort on the part of the Tour to see if NBC and CBS will extend their contracts before they reenter the marketplace,” Pilson said. “I’ll make a prediction: I think we’ll end up with new deals with NBC and CBS for additional years.”

If the PGA Tour parted ways with NBC, it could spell trouble for Golf Channel. The NBC Sports subsidiary focuses primarily on Tour coverage and enjoys cobranding with the major network. Golf Channel’s contract with the PGA Tour expires in 2021 as well but does not include an opt-out clause.