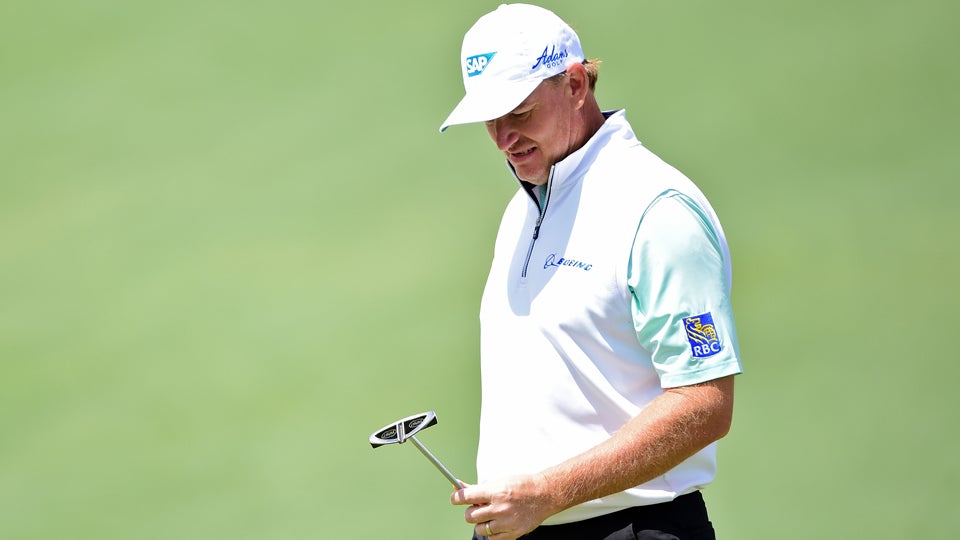 Ernie Els six-putted the first green for a 9 and finished with an 8-over 80.
Getty Images

Jay Monahan’s stint as commissioner of the PGA Tour is still being measured in weeks, but his early intentions for the league sure are significant.

In a recent interview with Brian Costa of the Wall Street Journal, Monahan laid out a number of general plans, the most notable being a restructuring of the PGA Tour schedule to avoid conflict with the much more popular NFL.

“That’s certainly something that we would like to see happen,” Monahan said. Costa detailed the changes to include the Players Championship moving back to March, the PGA Championship moving up in the schedule to May and finishing with the FedEx Cup playoffs on Labor Day weekend.

“Having big events every month,” Monahan continued, “culminating in the FedEx Cup playoffs in August prior to the NFL season, that would be a very powerful schedule.” The Tour’s popularity and competition with other leagues are tied, in part, to their television rights, another avenue where Monahan expects change. Currently, the Tour has contracts with CBS, NBC and the Golf Channel that run through 2021, of which the Tour can opt out of the former two in 2018. According to the report, “Monahan said it would make sense” to develop partial ownership of a golf network.

For more, check out the entire report here.