PGA Pro in Oregon, Matt Brown, Had One of the Best Weeks Ever 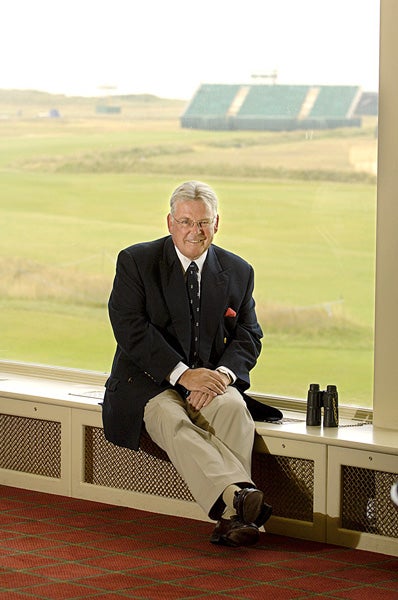 July 2007 On the eve of the British Open at Carnoustie, Graham Brown, a member of the R&A rules committee, refers to Japanese people as "Nips" and says they all look the same. "Graham Brown is certainly not a racist and he is horrified at the impression he has left and the impact of some of his remarks," said R&A chief executive Peter Dawson.
Fred Vuich / Sports Illustrated

A PGA Professional from Oregon has a new side job.

Matt Brown, a 41-year-old general manager and head pro at Highlands Golf Club in Gearhart, Ore., was elected mayor of the small coastal town Tuesday. He’ll be sworn into office in December. In addition to his new position, he was also named the 2016 PGA Merchandiser of the Year (Public Category) at the Grand Hyatt in New York City Wednesday night.

“Total whirlwind; the last 24 hours have been crazy,” Brown said Wednesday in NYC. “We were anxiously awaiting the results (Tuesday) night. They came in about midnight Eastern Time … We were up all night having newspapers call into town and celebrating.”

Brown, who previously worked at Bandon Dunes and Pumpkin Ridge Golf Club, almost won 80 percent of the vote in Gearhart, which has a population of just under 1,500. He plans to work around his golf duties at the Highlands to fulfill his political duties.

“This whole week has been amazing,” Brown said. “Really one of the coolest weeks of my life.”