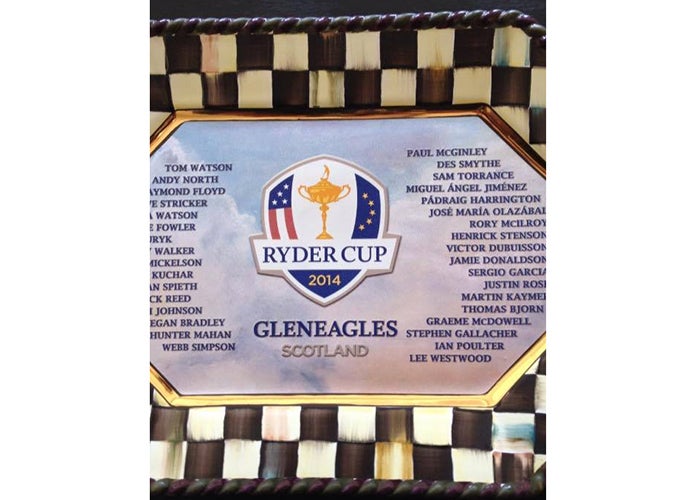 The PGA of America added an extra letter each to both Henrik Stenson's and Des Smyth's names.
Facebook/Henrik Stenson

Maybe they only need to use three letters when referring to themselves, but the PGA of America could use a little bit of help in the spelling department when it comes to golfer names. Much like the U.S. team in competition the past two Ryder Cups, the PGA is 0-2 in spelling.

Swede Henrik Stenson posted this photo of what appears to be a 2014 Ryder Cup decorative serving platter to his Facebook account. “I guess I can cover up the misspelling with some carrots,” Stenson quipped, referring to the error in his first name.

While a mistake like that is bad enough just once on commemorative flatware, another Facebook user pointed out to Stenson that European vice captain Des Smyth’s name was also spelled incorrectly.

No one’s saying the PGA of America is being a sore loser, but maybe it should consider a Ryder Cup Spelling Task Force before sending out keepsakes.