PGA Championship: Daniel Summerhays Holes Out for Eagle at PGA 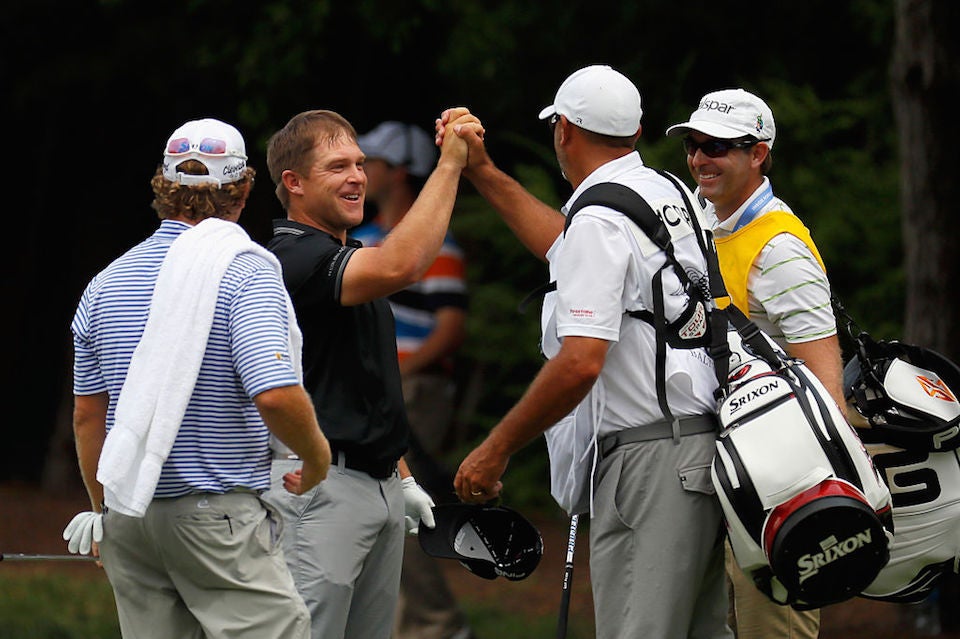 Golf is nothing if not wildly unpredictable. Daniel Summerhays followed up a bogey on the first hole of his third round at Baltusrol with an eagle on the second. After the impressive shot, Summerhays went to four under for the tournament and is currently T10, behind leaders Jimmy Walker and Robert Streb.

Summerhays’ eagle was the fifth on the second hole this week and only the 19th for the tournament overall so far. Summerhays hasn’t been the only player to experience the highs and lows of golf in a single round. Phil Mickelson had a rollercoaster outing yesterday, opening his round with a triple bogey and finishing having made four birdies.