PGA Championship: Chasing 62, the History Behind the Coveted Number 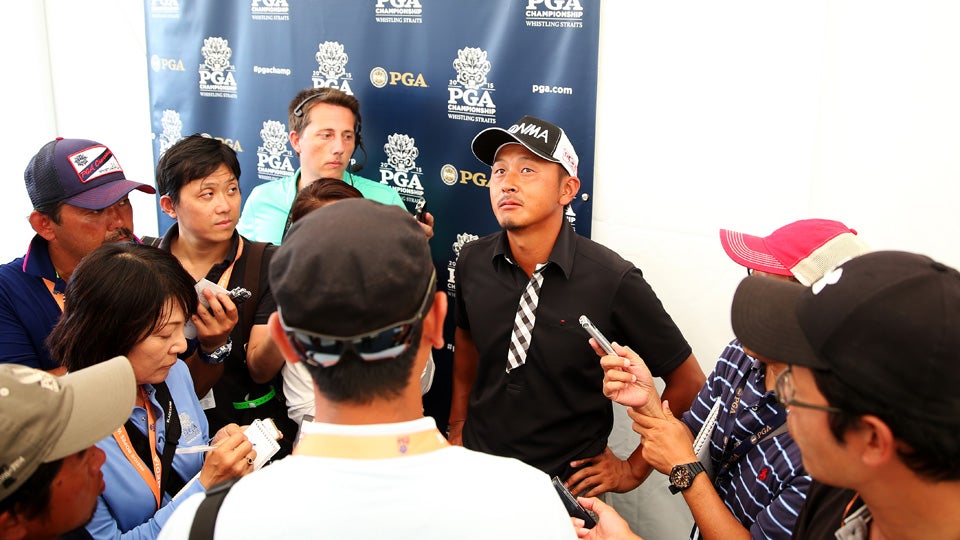 Hiroshi Iwata of Japan speaks with the media after shooting a nine-under par 63 during the second round of the PGA Championship at Whistling Straits on Aug. 14, 2015, in Sheboygan, Wisconsin.
Andrew Redington/Getty Images

HAVEN Wis.—Major championship history was made Friday at Whistling Straits… and Jordan Spieth hasn’t even won the 97th PGA Championship yet.

Hiroshi Iwata of Japan piled up eight birdies, an eagle and one bogey to become the 25th player to shoot 63, still the lowest score ever recorded in a major championship.

Johnny Miller did it first, winning the 1973 U.S. Open at Oakmont with his 63. Forty-two years later, it remains a record that has been matched but never broken. And of the 26 63s posted since then (Greg Norman and Vijay Singh have done it twice), only Miller did it in the final round and went on to win. After Miller’s record breakthrough round at Oakmont, by 1986 a 63 had been posted in each of the other majors. Bruce Crampton was first to do it in the PGA Championship, in 1975; Mark Hayes was first in 1977 at Turnberry, and he bogeyed the 18th for his 63; and Nick Price did it at the Masters in 1986, breaking Lloyd Mangrum’s course record of 64 that had lasted 46 years,

Iwata, 34, is ranked second on the Japan Golf Tour’s money list. He has already had one victory this year, his second on the Tour, and he posted a 62 in the Thailand Open earlier this year.

Asked to compare Friday’s 63 to that Thailand 62, he joked, “Just one shot difference. Nothing else.”

The club of 63-shooters in majors is incredibly exclusive but does include some surprising names such as Jodie Mudd, Thomas Bjorn, Brad Faxon, Michael Bradley and Paul Broadhurst. We’ll add Iwata to that list. The club also includes many of golf’s greatest, including Woods, Nicklaus, Norman, Singh, Gary Player and Rory McIlroy.

When Price shot his 63 at the Masters, he predicted his marker wouldn’t last long because so many big hitters were coming into the game. Nearly three decades later, he laughed about his off-the-mark comments.

“Well, Augusta National adjusted their course for the modern equipment and most of the other majors have done the same,” he said. “There does seem to be some kind of mental barrier at 63. It’s amazing that all four majors have 63 as the low score. That defies logic.”

Miller said his round was a relatively easy 63 and could have been lower as he missed some makeable putts. “It’s just hard to get to 62 under the pressure of a major,” Miller said. “Guys get close, then they sort of drop anchor.”

But it was 63. And it still stands. Bradley, who posted his 8-under 63 in the opening 1995 PGA round at Riviera, said, “It’s not like trying to shoot 59 in a regular Tour event. They’re majors and you’re gunning for history. Mentally, that makes a big difference.”

Miller believes the mental barrier is the hardest part.

“Every guy on Tour knows about 63s,” Miller said. “There is a historical barrier there. The more you think about it, the harder it is to do. I think the Holy Grail is really the U.S. Open because that’s always the hardest test.”

Dufner was the last man before Iwata to shoot 63 in a major.

The five best 63s in majors

1. Johnny Miller, 1973 U.S. Open. Miller remains the only player who shot 63 in the final round and won the championship. To be the first and to do it at Oakmont, probably the most difficult Open site, was remarkable.

2. Nick Price, 1986 Masters. When Jack Nicklaus improbably won the Masters the next day at 46, Price’s amazing round was overshadowed. It shouldn’t be. He lipped out a putt for 62 on the final hole and he broke a Masters record set by Lloyd Mangrum that had stood since 1940.

3. Gary Player, 1984 PGA. Striking yet another blow for fitness, Player fired his 9-under 63 at age 48 in the second round at Shoal Creek. The bermuda rough was brutal and the next best score to Player’s that day was 68.

4. Jack Nicklaus, 1980 U.S. Open. Nicklaus fired his shocking 7-under 63 in the opening round at Baltusrol and at 40, it propelled him to his fourth—and final—Open title.

5. Tiger Woods, 2007 PGA. It was sizzling in Tulsa and so was Tiger, whose birdie putt for 62 at the last hole dived halfway into the cup and then miraculously spun back out. Woods had to survive a final-round battle with Woody Austin to earn his fourth PGA Championship. 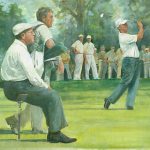 The 62s that got away

Tiger Woods 2007 PGA Championship, Southern Hills, 2nd round, -7. Eight birdies, opened two-shot lead at halfway mark. What if: Birdie putt from 15 feet on final green dips halfway into cup, does gravity-defying U-turn and stays out. Woods says he’s “mad” and dubs his round a “sixty-two-and-a-half.” Quotable: “That would’ve been a nice little record to have.”–Tiger

Nick Price 1986 Masters, Augusta National, 3rd round, -9. Remarkable comeback from opening-hole bogey after drive in fairway bunker; 10 birdies total, including four in a row starting at the 10th en route to back-nine 30. What if: Thirty-footer for birdie on last green circles cup and spins out. Quotable: “I think Bobby Jones reached his hand up, popped the ball out of the hole and said, That’s enough!”–Price 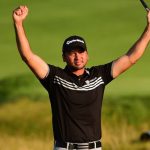 Jack Nicklaus 1980 U.S. Open, Baltusrol, 1st round, -7. Eight birdies after opening-hole bogey. What if: After nice chip to three feet on last green, the dinky birdie putt misfires. Jack misses out on $50,000 bonus Golf Magazine offered for breaking a major championship scoring record. Quotable: “I kinda chickened out. If that putt lipped out, it would’ve dribbled seven or eight feet away and I might have shot 64, not 62 or 63.” Quotable encore (Nicklaus in 2005 upon return to Baltusrol): “I remember I missed a little tiny putt at the last hole for 62. I’m still mad about it.”

Mark Hayes 1977 British Open, Turnberry, 2nd round, -7. Only 23 putts in just the second round he used crosshanded-putting grip after tips from fellow Oklahoma resident Bruce Lietzke. What if: Errant drive into fairway bunker at 18th led to final-hole bogey. Quotable: “Mark Hayes had shattered Britain with a 63 and Amana had not sent a poet with him to Turnberry.”—Dan Jenkins in Sports Illustrated on Hayes’ inability to match the moment with a good quote.