PGA Championship: 20 Unknown Club Pros Playing For Much More Than Themselves 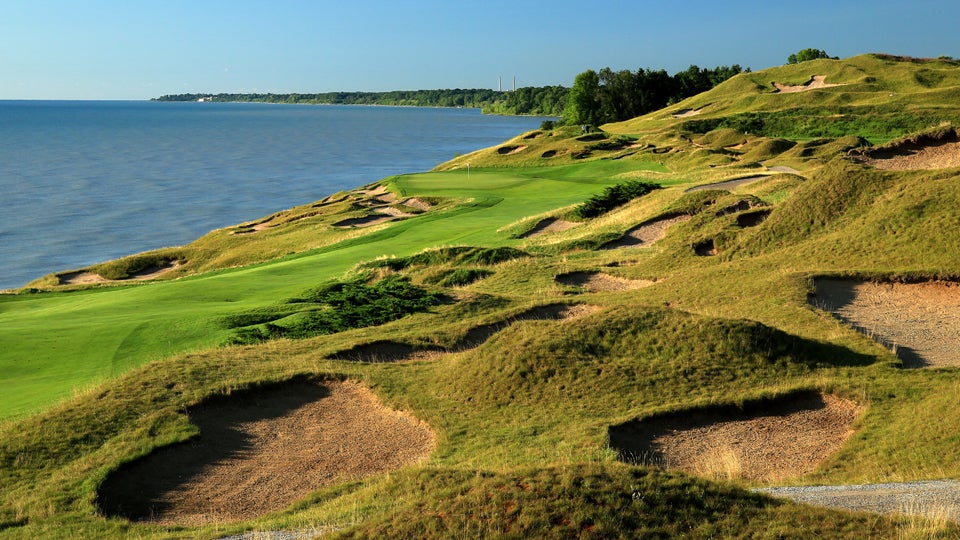 In the second week of August, at telegenic Whistling Straits, 20 club professionals will play alongside the best players in the world in the PGA Championship. Once they were brethren, but not so much anymore. More like first cousins once removed. The club men all have the same spikes-in-the-ground goal: to make the cut. What’s life without a dream?

Even if they’re onstage only through Friday afternoon, the club pros are critical to the PGA of America. Like the amateurs in the other majors, the club pros are living reminders of the event’s roots. But elite amateurs these days are usually full-time golfers, while the club pro is world-class only at multitasking. There’s the crowded lesson book, the Callaway rep on hold, the mortgage bill waiting at home. Six amateurs made the cut at the U.S. Open at Chambers Bay. No club pro has made the cut at the PGA Championship since 2011.

These soldiers who ply their trade in the game’s trenches make the PGA field by finishing in the top 20 in the four-day PGA Professional National Championship. This year it was held at the Philadelphia Cricket Club, which happens to be my home course. At the end of 72 holes, there was a traffic jam for 20th place. Five guys, one spot, sudden-death playoff on a warm summer night. In golf, there are always competitions within the competition.

I didn’t know any of the five contenders, and I hope this won’t land me in the same hot seat as Donald Trump, but I found myself rooting for the skinny black kid, Wyatt Worthington, who teaches at a par-3 course called The Golf Depot, on the outskirts of Jack Nicklaus’s Columbus. Nothing against the four other guys, but golf needs more color.

The playoff began on No. 11 on our Tillinghast course. The layout is a gem, start to finish, and the 11th is a par 4 with a second shot that goes straight uphill to a tilting green. It’s funny: On the Golf Channel broadcast of the tournament, I thought my beloved home course looked ordinary and flat. But in real life, I could speak of its cunning delights right through daylight. When MTV debuted in the summer of 1981, a girl I knew said music videos would be the death of rock ‘n’ roll, because look would now trump sound. She was practically predicting Chambers Bay and Whistling Straits. I’ll take Tilly and the Cricket Club.

Playoff golf is all about birdies, and one guy made one on No. 11: Brian Gaffney, slender and bright-eyed. His three got him in. Gaffney is the head pro—gotta love the old-school title!—at Quaker Ridge, another Tillinghast knockout, in leafy Westchester County. He came off the green and was congratulated by Wyatt and everybody else. Then he got on a cell phone and talked to his boss, the Quaker Ridge member who oversaw his hiring.

“Is there a chance I could get the second week in August off?” he asked. He’s played in three other PGAs, though never on the weekend. A club pro in the PGA Championship, he told me, plays for himself, for his family—and for his members. There’s pressure.

The morning after the playoff, Gaffney was on the Quaker Ridge practice tee for a 7:30 emergency lesson. Alex Silver—titan of finance, children’s medicine philanthropist—had an important game that day and a sudden inability to get his ball to behave. Gaffney could relate. “The New Jersey Open is one thing,” he said. “The PGA Championship is something else.” He gave Mr. Silver what he will need himself: a coping mechanism.

To prepare for the 2000 PGA, Gaffney made an early reconnaissance trip to Valhalla. He saw another pro there that day. “Tiger. Alone on the putting green. I asked if he was looking for someone to play with. He looks me up and down and says, “Okay.” Tiger Woods. At the height of his powers.”

Gaffney told me the story as he sat beside the giant scoreboard at the Cricket Club, crowded with handwritten numbers. The Valhalla memory, and the spot he had just earned, had left him almost giddy. He was 29 in Louisville in 2000 and starting out. Now he’s 44, with another trip back to the show.

I’m glad Gaffney got the spot, but I admitted to him that I had been rooting for Worthington on the 11th tee, strictly because golf needs more color.

“I was too!” Gaffney said. “You play for yourself in those situations, but if it couldn’t be me, I wanted it to be him.”

The best club pros, God love ’em, are always looking out for the game.