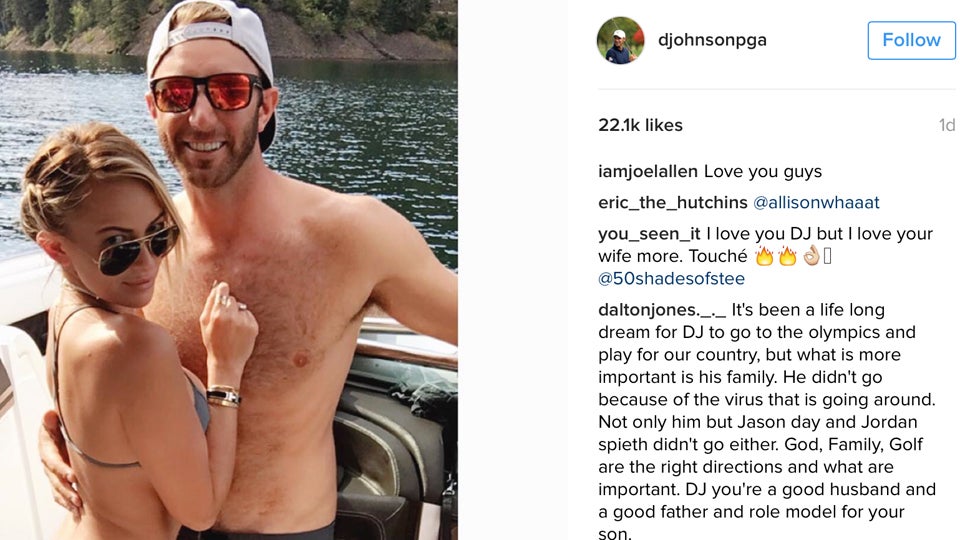 Dustin Johnson is not competing in the Olympics this week, as he cited Zika virus concerns when removing himself from consideration earlier this summer.

So instead of practicing in Rio, or playing last week’s Travelers Championship, Johnson hung out on the water with fiancé Paulina Gretzky on Sunday and posted an Instagram picture. That, however, got social media’s angry trolls riled up, and some criticized this year’s U.S. Open champ for skipping Rio. Paulina read the comments, and she was not happy. Read her response below, which we edited slightly for language.