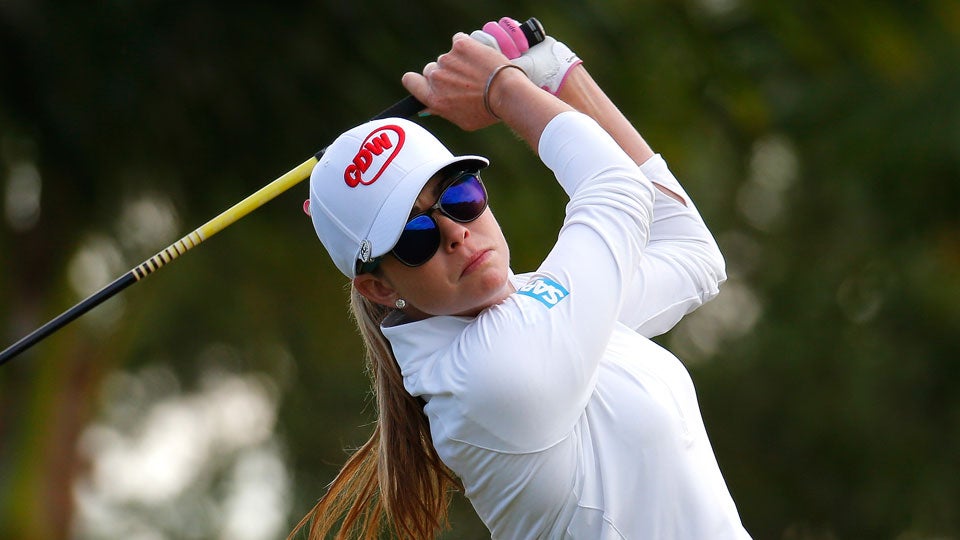 PARADISE ISLAND, Bahamas (AP) — Megan Khang shot a 5-under 68 in strong wind Friday for a share of the lead in the season-opening Pure Silk-Bahamas LPGA Classic, her first event as an LPGA Tour member.

“It was such a grind,” Khang said. “To come out with 68 is incredible. Can’t wait for the weekend.”

Hull and Nomura each shot 70.

Khang, from Rockland, Massachusetts, tied for sixth at Q-school in December to earn a tour card.

“I think my game’s at a good place right now and I definitely think I can hold my own,” Khang said. “I was confident in my game. I just didn’t know how I was going to play right now being a rookie and under the circumstances. But I’m just having so much fun out here. I just love it out here.”

“I’ve never played the golf course with that wind before,” Hull said. “It was a completely opposite direction. So, it was good fun to play in that direction. I like it in that direction actually. It was good. Just got to keep patient out there. Obviously, the same for everyone.”

“Pretty windy today,” Kim said. “The greens are a little tough and then a couple holes when I on the putting green, really strong wind, almost 30 mph. Little adjust my stance more wide and just worked today.”

Paula Creamer and Hyo Joo Kim were 6 under. Creamer shot 72, and Hyo Joo Kim 70. Nine under with 5 holes left, Creamer dropped four strokes with a double bogey on 16 and bogeys on 14 and 17 before birdieing the 18th.

“It was howling right to left and I was kind of in between clubs and tried to use the wind and I used it too much and I hooked it too much,” Creamer said about the double bogey. “I was aiming literally 35 yards right, but I did too much with my golf swing. I should have hit it a little straighter.”

“I woke up and saw the wind and actually saw it as a good thing,” Lewis said. “I knew it was going to be a hard day, but if I could shoot a good number, I could get myself back into contention, which I did. But it was definitely a hard round.”

Cristie Kerr matched the tournament record with a 65 to jump from a tie for 95th after an opening 77 to a tie for 13th at 4 under.

“After yesterday, it wasn’t looking good,” Kerr said. “It was a very difficult day and I just came out and just did it.”

Michelle Wie missed the cut by a stroke a day after being stung by a bee on the palm of her right hand. She followed her opening 76 with a 73.

Second-ranked Inbee Park withdrew Thursday because of back pain after an 80, the second-worst round of her LPGA Tour career.