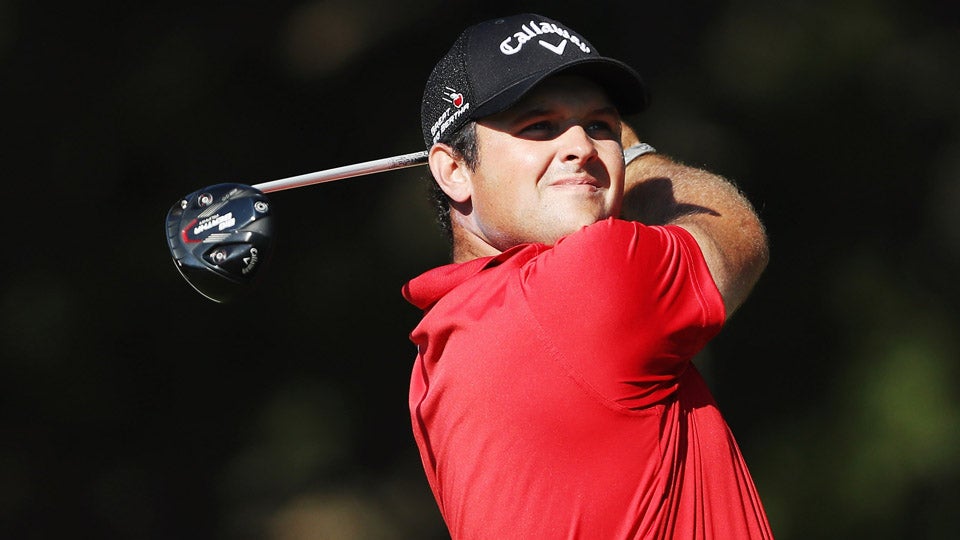 FARMINGDALE, N.Y. (AP) — Patrick Reed picked up two victories in one day. He won The Barclays to assure himself a clear shot at the $10 million bonus in the FedEx Cup, and he easily secured a spot on his second straight U.S. Ryder Cup team.

Rickie Fowler, with a surprising meltdown, walked away empty from Bethpage Black.

Reed overcame an early two-shot deficit and built a big enough lead on the back nine that some nervous shots and sloppy play didn’t keep him from winning for the first time since the 2015 opener at Kapalua. A bogey on the final hole gave him a 1-under 70 and a one-shot victory over Sean O’Hair and Emiliano Grillo.

“It’s just been great to finally be able to close one off,” Reed said.

Fowler still hasn’t won in four tries as a 54-hole leader on the PGA Tour, and this one might sting. He was still in contention, two shots behind with four holes to play, and at least figured to have one of the eight automatic spots on the Ryder Cup team locked up. Fowler needed to finish third to move past Zach Johnson into the eighth spot in the U.S. standings, and he was two shots clear of O’Hair and Grillo.

His tee shot into deep rough left of the 15th fairway led to bogey. From more rough on the 16th, he went into a bunker and took two shots to reach the green, making a double bogey. After a 20-foot birdie putt kept alive his hopes, he promptly found more rough on the 18th hole and finished with a bogey for a 74.

Fowler tied for seventh and moved up one spot to No. 11 in the standings.

“I wasn’t trying to get a decent finish,” Fowler said. “I was trying to win.”

Fowler still has a reasonable chance to be at Hazeltine on Sept. 30 for the Ryder Cup because Davis Love III doesn’t make his three captain’s picks until after the next two FedEx Cup playoff events. The fourth pick will be after the Tour Championship, so that’s another month to audition.

Reed, who finished at 9-under 275, wasn’t the only player who felt like a big winner.

O’Hair was among five players who moved into the top 100 in the FedEx Cup, advancing to the next playoff event at the TPC Boston that starts Friday. And he made a big move, closing with a 66 to tie for second. That moved him all the way up to No. 15, assuring two more playoff events and giving O’Hair a good shot at staying in the top 30 who qualify for the finale at the Tour Championship. Grillo birdied the final hole for a 69 and moved to No. 6.

Defending champion Jason Day struggled all week with his accuracy and had to settle for a 69, tying for fourth with Gary Woodland (69) and Adam Scott (71).

Reed had gone 55 tournaments worldwide since starting 2015 with a victory at the Hyundai Tournament of Champions. A bogey on the par-3 third hole put him two shots behind Fowler, but not for long. Reed made three birdies on the next four holes to tie for the lead, and he seized control early on the back nine.

Fowler missed the 11th fairway and ended his streak of 55 consecutive holes without a bogey, losing the lead in the process. Reed holed a 12-foot birdie putt on the next hole for a two-shot lead, and Fowler never got any closer.

Sung Kang matched the course record with a 64 to move from No. 122 to No. 88. John Huh, Tyrone Van Aswegan and Derek Fathauer also moved into the top 100, while Shane Lowry, Peter Malnati, Robert Streb, Lucas Glover and Jonas Blixt fell out and ended their season.

The top 70 after next week advance to the third playoff event, with the top 30 going to East Lake for the Tour Championship.

With his victory, which moves Reed to No. 9 in the world ranking, Reed goes to No. 1 in the FedEx Cup. He will be assured of being in the top five who only have to win the Tour Championship to capture the $10 million prize.