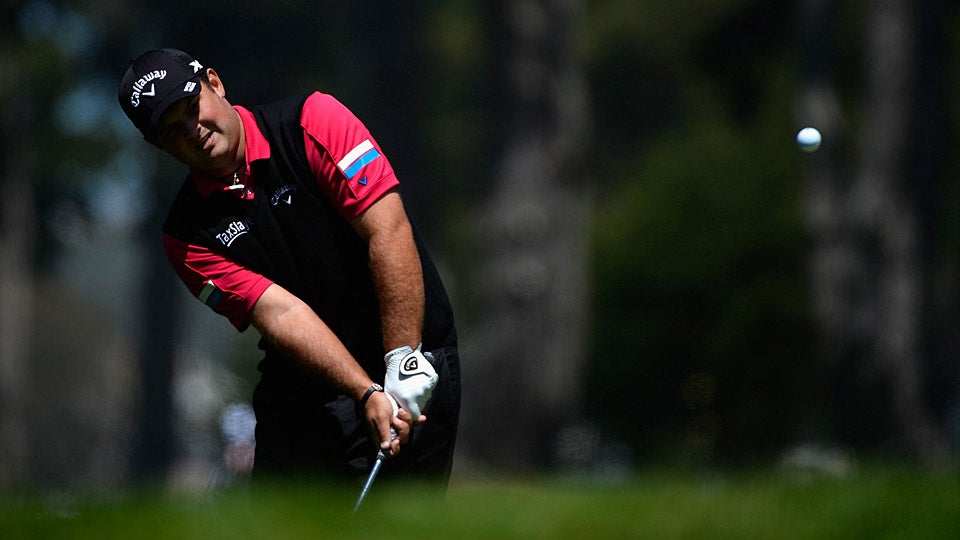 Patrick Reed won 2 and 1 on day 1 of the Match Play.
Getty Images

Patrick Reed added to his collection of post-putt reactions during his match with Danny Willett Thursday at TPC Harding Park.

Already 1 down in his match and playing the 10th hole, Reed had a 7-foot par putt to halve the hole. When it rolled by the cup, Reed flicked it up in the air with the back of his putter. It’s not uncommon for players to do this, snatching the ball out of the air before moving on to the next hole. Reed elected for a different route, swinging his putter like a baseball player, batting the ball out of the air and sending it screaming away from the green.

Considering his history of post-putt reactions, this comes as no surprise. During the Sunday singles matches of the Ryder Cup, Reed hushed the largely European Crowd at Gleneagles in Scotland after making a birdie to halve the hole. Then in November, at the WGC-HSBC Champions event in China, Reed missed a short par putt and degraded himself using a gay slur. He eventually apologized for his language on Twitter.