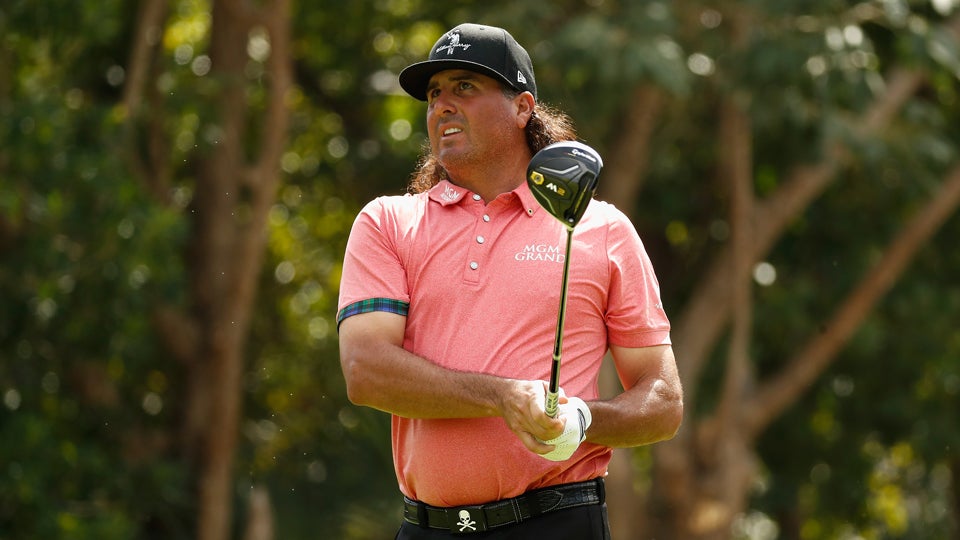 Pat Perez won the 2016 OHL Classic at Mayakoba for his first win on the PGA Tour in seven years.
Getty Images // Gregory Shamus

Has it been over-hyped? Pat Perez thinks so. The 40-year-old, who recently won the OHL Classic at Mayakoba, says the golf media’s coverage of Woods’s prospective return has been overkill.

“[The story] is old, just in general,” Perez said on the latest GOLF.com Podcast. “Tiger changed the game, we do know that, but even if he came back, you’re not going to see the Tiger of old. It’s just not going to be there. There’s actually more of a question now. It’s not, ‘We can’t wait to see Tiger come back and win the Grand Slam.’ It’s, ‘We want to see Tiger come back and see if he can chip…’

“The media, it’s so old to keep listening to, ‘When’s he coming back? When’s he coming back?’ The guy is 40 and he’s won 79 times. In my personal opinion, he doesn’t have the same drive he had when he was 24. I guarantee that. He’s got two kids now…they’re in school, they’re active, they’re doing sports and he wants to be there for them. That’s understandable. The guy has earned the right to do anything he wants and the media keeps wearing him out by whatever he does and doesn’t do.

“It just gets old because it takes away from the Rory [McIlroy], the Dustin Johnson the Jason Day, all these great kids…we’ve got a lot of great kids that are carrying the torch right now. I wish people would just focus on it as opposed to Tiger’s comeback.”

Listen the podcast below for that conversation (at the 17:02 mark) and more from Perez on his win and successful comeback from Labrum surgery.