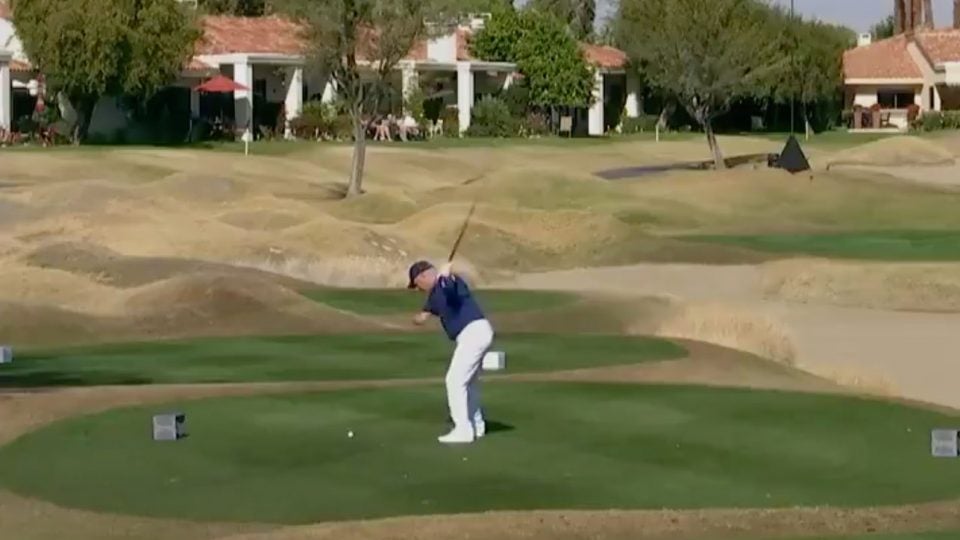 Laurent Hurtubise gave spectators quite the show on the 4th hole Thursday at the American Express.
Instagram.com/PGATour

Every golfer has a general idea of the long odds associated with making an ace. They’re something like 12,500 to 1.

What is far less-likely, we can assume, is making an ace in a PGA Tour pro-am, with one arm, but that’s exactly what Laurent Hurtubise did Thursday at The American Express.

Laurent is a lefty who was born with a right arm that ends right after the elbow. From 151 yards, he hit an iron onto the front half of the 4th green. From there, it never left the flagstick, crashing into it dead-center and dropping into the cup for an ace.

When he teed off, he was alone on the tee, but by the time it dropped, he was surrounded by his group of pros and amateurs. Hurtubise flung his hat into the air in jubilation. Moments later he was bowing to the crowd.

“That was the coolest experience I’ve had on the golf course,” said Troy Merritt, Hurtubise’s partner, after the round. Check out the video below.

Inspirational. ❤️ Laurent Hurtubise was born with one arm and started playing golf at age 11. On Thursday, he made an ace at @theamexgolf. ?