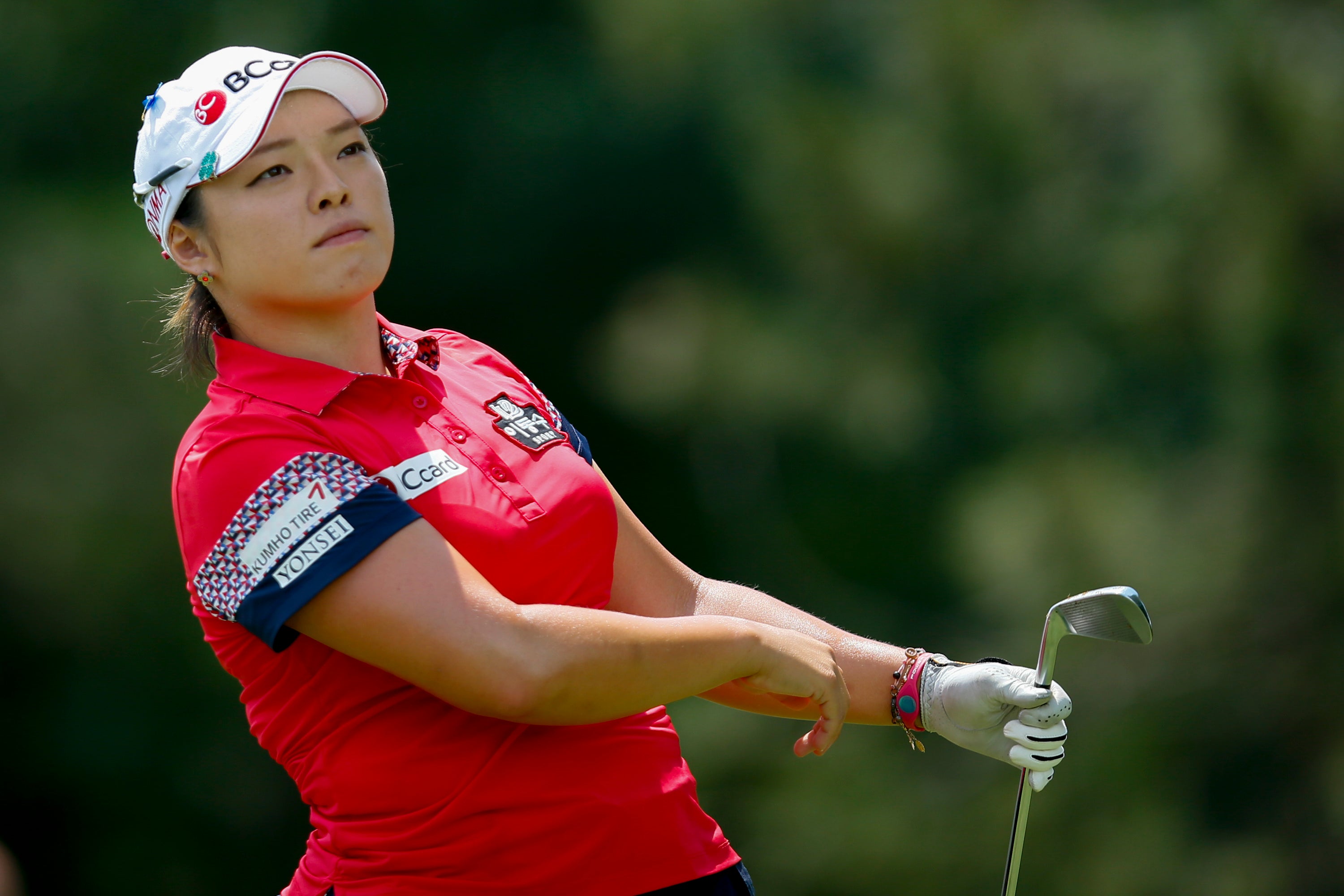 ANN ARBOR, Mich. (AP) — The race to Rio is playing out all over the globe with athletes competing for coveted spots.

On the LPGA Tour, the competition among a slew of talented South Korean players to compete in Olympic golf this summer is particularly intense.

“To think someone could be the ninth best player in the world, but might not be able to make the Olympic team from Korea, that’s pretty amazing,” LPGA Tour Commissioner Mike Whan said Wednesday.

If the team was set now, that would happen because no more than four players from a country can play.

Jang, who hasn’t played in an LPGA Tour event in a month, is not in the field this week in the inaugural Volvik Championship at Travis Pointe Country Club. And, she isn’t expected to return until the KPMG Women’s PGA in two weeks.

Jang’s break might be tied to an attention-grabbing situation in Singapore on the way to the HSBC Champions. Her father lost control of a traveling bag that tumbled down an escalator and hit Chun in the lower back, forcing her to withdraw from some events. Jang then won the tournament and moved ahead of Chun in the ranking, bumping Chun to fifth among South Koreans.

Chun has forgiven Jang’s father, saying it was simply an accident, but her parents didn’t seem to be happy with Jang’s apology.

On the course, the competition creates another source of drama.

So Yeon Ryu is among five more South Koreans ranked between Nos. 11 and 21.

“It’s hard to get into the Olympics for Koreans because so many great players within the top 15,” said Ryu, who is ranked No. 11. “It is better than to think about my golf rather than to keep an eye on each other.”

It also might be the right thing to say, allowing veterans such as Se Ri Pak, who plans to retire after this year, to be more forthcoming about the first chance a golfer has had to be an Olympian since 1904.

“Our country is so focused on Olympic competition,” Pak said, taking a break from hitting balls on the range. “It doesn’t get any bigger for a Korean athlete than to compete for our country in the Olympics. There’s a lot of pressure on our young Koreans to make the team because we have so many great players over here.”

Whan travels all over the world to promote a tour that is televised in more than 170 countries and territories, giving him a unique perspective for an U.S.-based sports executive.

“A lot of folks in America maybe take for granted the importance of the Olympics,” he said. “You hear the term ‘podium sports’ a lot when you’re traveling around Asia. The government views sports where you might stand on a podium and your flag gets raised as big events. … In my seven years, I’ve never seen players so aware of where they stand in the Rolex World Rankings. It’s been fun to see how much they care about representing their country.”

“I feel bad for the Koreans,” Hall of Famer Beth Daniel said. “Some of them could be among the top 15 in the world, and that might not be good enough for them to make the Olympics.”