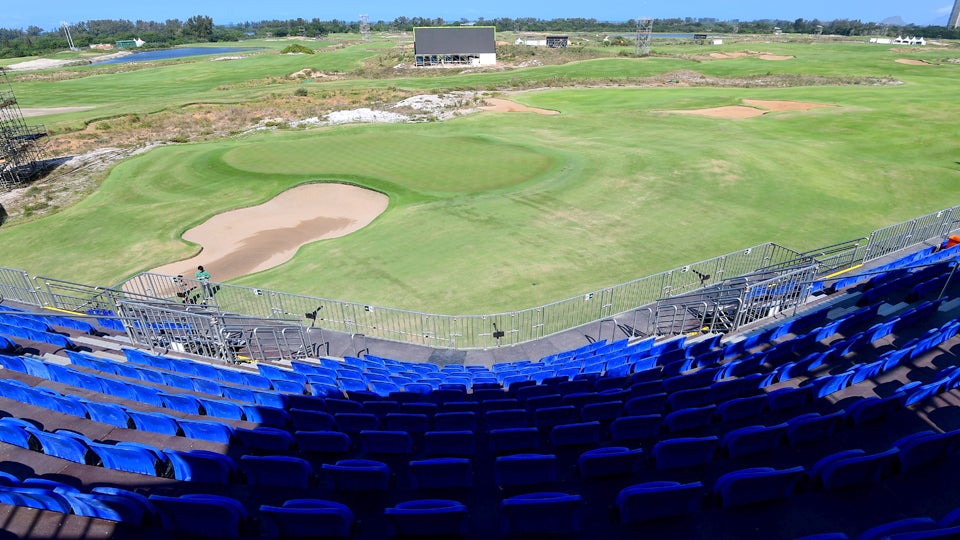 Olympic golf is in Rio this month, but will we see the sport in the 2024 Games?
EMMANUEL DUNAND/AFP/Getty Images

Golf is back in the Olympic Games for the first time in 112 years, but Brazilians aren’t known for their love of the links. So they took a few lessons.

According to The New York Times, Brazilian Olympic officials and organizers made dozens of trips to golf tournaments throughout the United States since golf was added to the program seven years ago.

There, officials were schooled on the basics of the ancient game, everything from etiquette to security, lest overenthusiastic fans unaccustomed to the sport’s particular protocols confuse Olympic golf with, say, Olympic soccer.

“It’s telling them not to take photos in people’s backswing, keep quiet when players are forming a shot, those types of things,” Anthony Scanlon, executive director of the International Golf Federation, told The Times. “Listen to the marshals.”

About 50 volunteers from the U.S. and Europe have traveled to Rio to aid the hosts, should they need it.