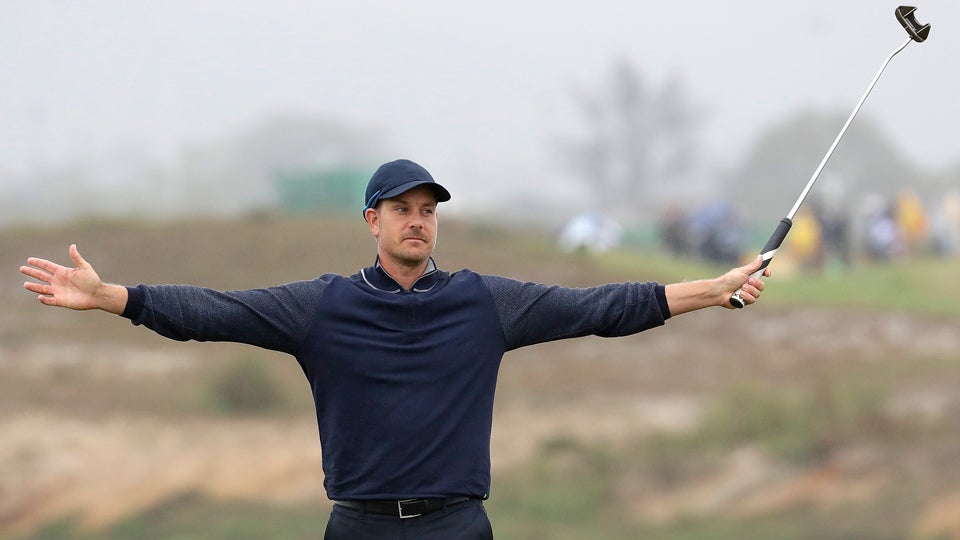 At halftime of the Olympic golf competition Australian Marcus Fraser is still atop the leaderboard. Fraser followed his course-record, opening-round 63 with a two-under 69 on Friday to keep the lead by one over Thomas Pieters of Belgium.

British Open champion Henrik Stenson made three back-nine birdies to move to eight under for the tournament and two off the lead.

As for the Americans, things improved Friday for Matt Kuchar and Bubba Watson. Kuchar remains the low American at three under, while Watson carded a four-under 67 to move to two under for the tournament. Rickie Fowler, meanwhile, remains at two over after an even-par 71. Check out the entire leaderboard below.