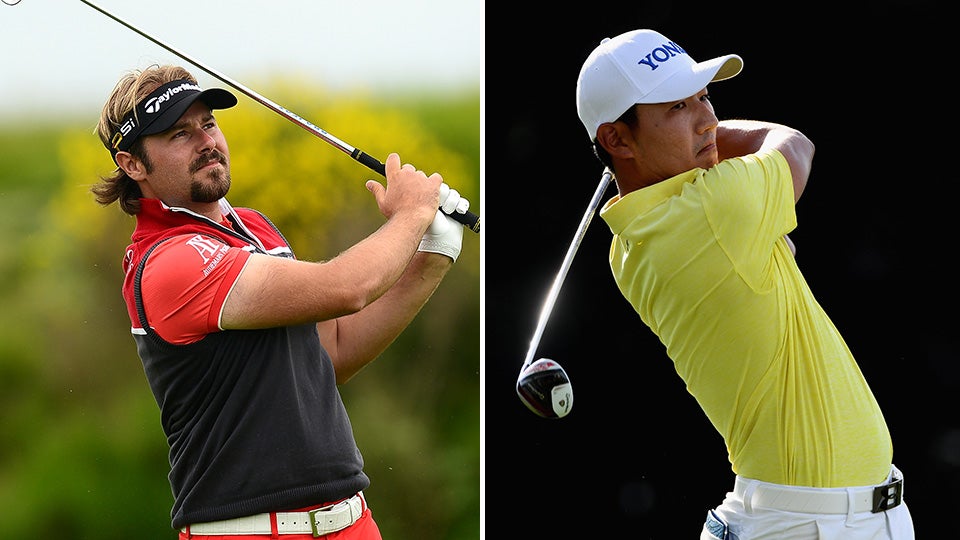 Both France's Victor Dubuisson and South Korea's K.T. Kim announced their withdrawal from the Olympics on Monday.
Getty Images

The field is set for the Rio Olympics. And Jordan Spieth isn’t the only golfer to withdraw at the last minute.

The International Golf Federation announced Monday that France’s Victor Dubuisson and South Korea’s K.T. Kim had also pulled out. No reason was given for their decision.

Spieth cited Zika concerns when informing the IGF of his intentions in a morning phone call. His withdrawal means the top four players in the world won’t take part in golf’s return to the Olympics after a 112-year absence. Jason Day, Dustin Johnson and Rory McIlroy had already announced they won’t be playing in Rio.

(MORE: See Who Qualified for the 2016 Olympic Games in Rio)

Kim is ranked No. 41 in the world. His place will be taken by countryman Jeunghun Wang.

Dubuisson is the world’s 78th-ranked player. With his withdrawal, No. 123 Julien Quesnell of France gets a spot in Rio.