Olympic Golf: 5 Things We Learned on Day 3 in Rio 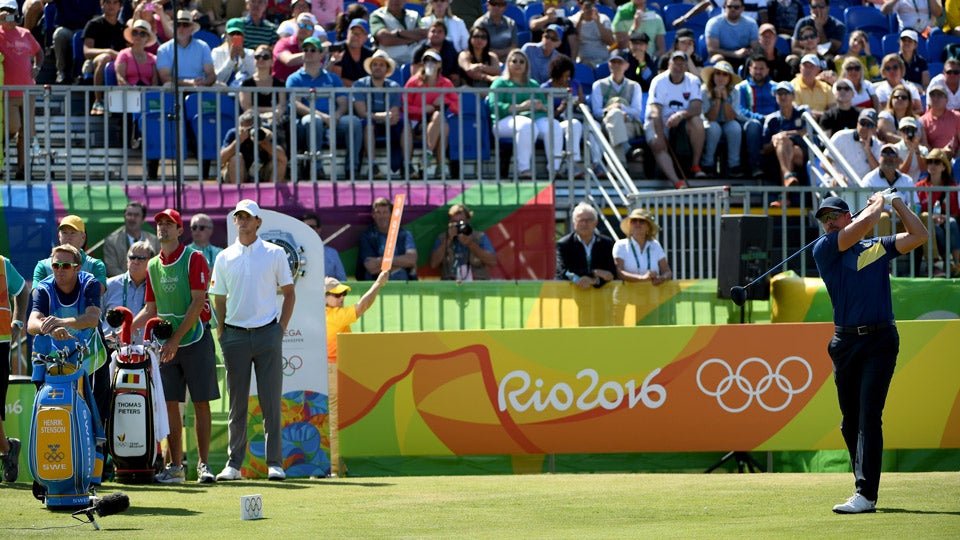 Henrik Stenson hits a tee shot during the third round of the Olympic Golf tournament in Rio.
Getty Images

As expected, the cream rose to the top in the third round of the men’s Olympic golf competition in Rio on Saturday. After two days of 90th-ranked Marcus Fraser leading the way, 12th-ranked Justin Rose (65) took the lead at 12 under par, just one ahead of his Ryder Cup teammate and Champion Golfer of the Year Henrik Stenson (68). Here are five things we learned on Day 3:

1. Everyone is still trying to process what this tournament means, even the players

Is it the equivalent of a regular Tour event? An exhibition? A major? “It’s more like a Ryder Cup than a major,” said Rose, a human highlight reel in Rio who made two front-nine eagles Saturday, two days after his historic opening-round ace. On the NBC telecast Johnny Miller repeatedly referenced “Olympic pressure.” Is that really a thing in golf? Perhaps we’ll find out tomorrow.

2. The Americans are not dead after all

Bubba Watson shot his second straight 67 on Saturday to get to six under. That puts him in a tie for fourth with David Lingmerth and Emiliano Grillo, six strokes behind Rose but only three behind third-place Fraser (72) for the bronze. Matt Kuchar shot 69 and is at five under par, tied for seventh. Patrick Reed (73) is the only American over par (one over). U-S-A! U-S-A!

3. Rickie Fowler could still medal in something other than having a good time

After doing close to nothing good on the course for the first two days (75-71), Fowler fired the round of the day, a seven-under 64 to climb to three under. That means the guy who made news this week for his friendships with Michael Phelps and Matthew McConaughey… and for schmoozing with the U.S. dive team… and for being third-from-last after his opening round, could actually cop a bronze with another crazy-low round.

4. Olympic photographers are not as well behaved as those at the majors, or regular Tour events

Stenson struggled to manage the attention of the press Saturday, and NBC’s Roger Maltbie added he has struggled with the shutterbugs all week. On the bright side, Sweden is crushing it in the non-existent team competition, as Stenson and countryman David Lingmerth (68) are a combined 17 under par. Australia’s Fraser and Belgium’s Thomas Pieters came into the third round in first and second, respectively, despite their relatively light credentials. Both came back to earth Saturday, although Fraser managed his shaky round (72) better than Pieters, whose 77 sent him tumbling down the leaderboard and into 14th place.