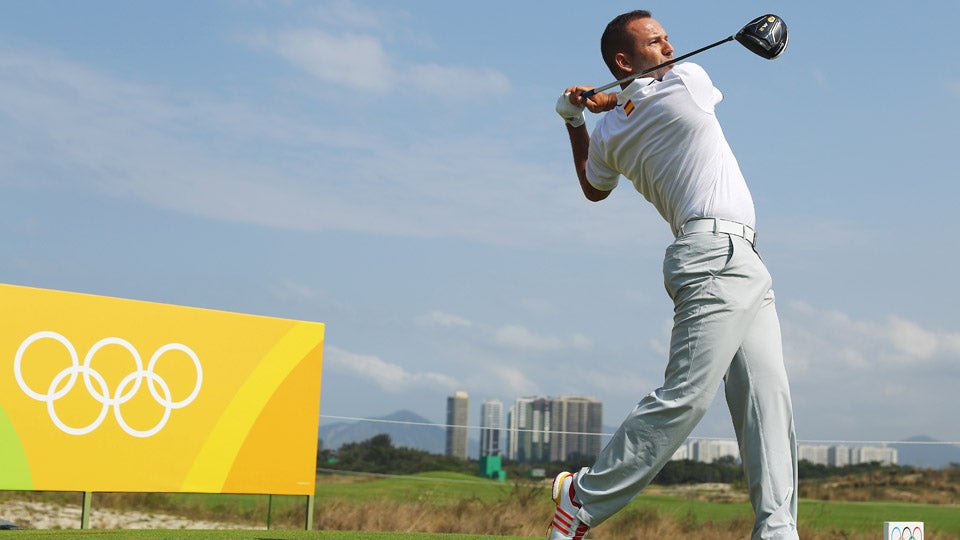 Sergio Garcia doesn't have a major victory yet, but can he add a gold medal to his resume?
Getty Images

With golf returning to the Olympic Games for the first time in more than a century, Sports Illustrated Golf Group staffers take a stab at who wears the gold medal come Sunday. Agree with our picks? Disagree? Cast your vote to win in the poll below.

Canada’s George Lyon won the Olympic gold medal the last time golf was played in the Games, in 1904, but he won’t be the defending champion much longer. Who is your pick to win this week in Rio?

Mark Godich, senior editor, Sports Illustrated: I’ve been on the Patrick Reed bandwagon for weeks. No reason to get off now.

Alan Shipnuck, senior writer, Sports Illustrated: Bubba. He can overpower this golf course and there are very tight lies chipping to the slopey greens. Sounds a little like Augusta, right? Bubba has done okay there.

Joe Passov, senior editor, GOLF Magazine: Seven years ago, when they admitted golf back into the Olympics, I picked Sergio Garcia, and I’m not changing now. He’s enjoying an excellent year, with a win and several high finishes in majors, and he gets so pumped up playing for his country. He may never win a Claret Jug or Wanamaker Trophy, but in 2016, he’ll earn a gold medal at golf’s true fifth major.

Cameron Morfit, senior writer, GOLF Magazine: I agree with Passov: Sergio Garcia finds his A game in all that Olympic spirit and wears gold on Sunday. Finally a feel-good story for El Nino and his fans. Jessica Marksbury, digital editor, GOLF.com: I’m jumping on that bandwagon, Cam and Joe! Sign me up for Team Sergio. He’s already had a great year so far, and without the immense pressure of winning a major on his shoulders, he may loosen up just enough to claim a gold medal. Plus, he always seems to be at his best when he’s playing for his country.

Gary Van Sickle, senior writer, Sports Illustrated: Sergio is an interesting pick for all the wrong reasons. Justin Rose is about due for his semi-annual pop-up on the radar. It’s not Who shot JR? It’ll be, Who can out-shoot JR.

Alan Bastable, executive editor, GOLF.com: I like DJ to bounce back from his Baltusrol bust to take gold, with Spieth (silver) and Adam Scott (bronze) joining him on the podium. Wait, what?

Josh Berhow, staff producer, GOLF.com: My only question is if Patrick Reed will bring the gold with him to Hazeltine?

Marika Washchyshyn, multimedia editor, GOLF.com: Henrik Stenson. Over the last few weeks, he’s proven he can play a variety of tracks, which is what the Rio course looks like it will offer from day to day. I give the edge to the Swede but I’ll actually be cheering for my defending champs, the Canucks.

Sean Zak, assistant editor, GOLF.com: No one played the PGA Championship weekend better than Padraig Harrington (nine under) so give me that guy. Plus, few players campaigned harder than him for this event to actually take place back in 2009, so give me the full-circle story, too.

Peter Bukowski, associate editor, GOLF.com: Sergio Garcia. I think it means more to him than almost anyone else in the field and he knows how much it could help his place in history. All that being said, that could just as easily be the case against him given his propensity for throat-related breathing problems. But I’m in on the Spaniard given how well he’s played this year and I think the course potentially sets up well for him.

Peter Madden, senior producer, GOLF.com: Ironically enough, I think a surprise contender is going to steal gold from much further down the field, giving golf’s power brokers the “grow the game” infomercial they so desperately want from this event after months of nonstop bad press. So give me … India’s Anirban Lahiri, for the win!