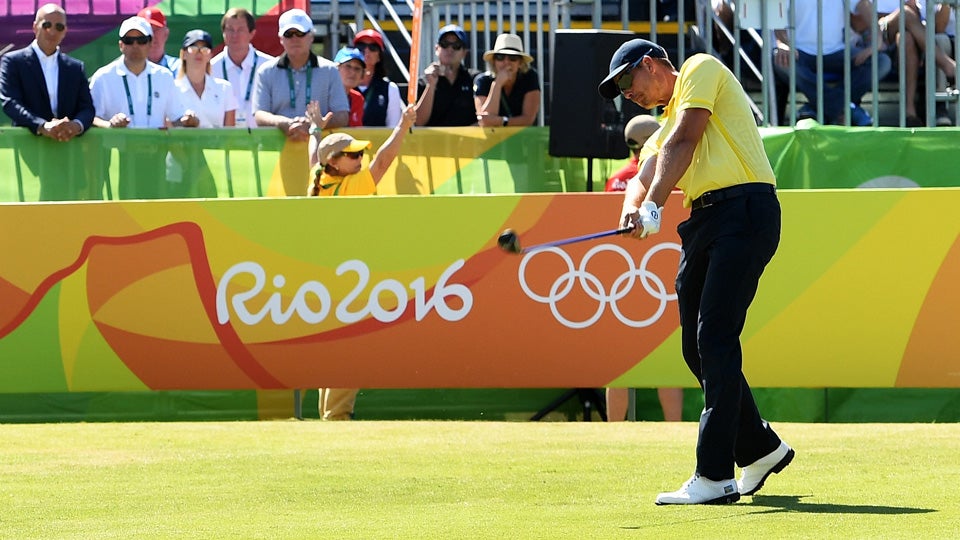 Henrik Stenson battled Justin Rose but came up short of a gold, earning a silver for Sweden.
Getty Images

Justin Rose (67) birdied two of the last four holes to beat Henrik Stenson (68) and capture the gold medal at the historic men’s Olympic golf tournament in Rio on Sunday. Stenson took silver and Matt Kuchar (63) got the bronze to keep the Americans from getting skunked.

Here are Five Things We Learned in the final round.

1. Rose showed why he’s been a nightmare for the American Ryder Cup team. In fact, his late heroics might give Phil Mickelson fans nightmares. Much as he did in his fateful singles match against Mickelson at Medinah at the 2012 Cup, Rose seemed to get tougher as the pressure intensified in Rio, sinking Stenson with a bloodless up-and-down birdie on 18. Davis Love III, you’re on notice.

BAMBERGER: Another Big Winner This Week Was Golf Itself

2. Thomas Pieters threw his hat into the ring for a Ryder pick. The tall, 24-year-old Belgian rebounded from a third-round 77 to shoot a final-round 65 as he made a run at the bronze medal. Alas, Kuchar’s 63 relegated him to fourth. To think, until now all we really knew of Pieters is the time the PGA Tour gave him a photo-retouched haircut. Darren Clarke, you’re on notice.

3. If this was a Ryder Cup preview, advantage Europe. Assuming this tournament really was more like a Ryder Cup than a major, as Rose said, Europe looks like a fine bet to win its fourth straight. Rickie Fowler talked of a hypothetical U.S. podium sweep—America was the only country with four players in the field—but only Kuchar kept the Americans from getting shut out. Meanwhile the leaderboard was full of Euros, from Rose and Stenson to Pieters, Rafa Cabrera-Bello (68, T5) and Sergio Garcia (66, 8th place). To be continued at Hazeltine. 4. Stenson wasn’t kidding when he said he would play for the gold. He pulled driver, one of his most unreliable clubs, at the par-5 18th, and was lucky his ball stopped just short of the clumpy sand and dune grass to the right of the fairway. (Rose almost drove into the same trouble.) Stenson also looked pretty dejected about the color of his medal just three weeks after being crowned the Champion Golfer of the Year at the British Open.

5. Johnny Miller couldn’t resist one last dig. When it was all over NBC’s Peter Jacobsen praised the golfers who committed to the Games, but colleague Miller couldn’t leave it there. “And by the way, no mosquitoes that I saw,” Miller said with a laugh. You had to wonder if Jason Day, Dustin Johnson, Jordan Spieth and Rory McIlroy were watching somewhere, and if they were laughing with him. Probably not.