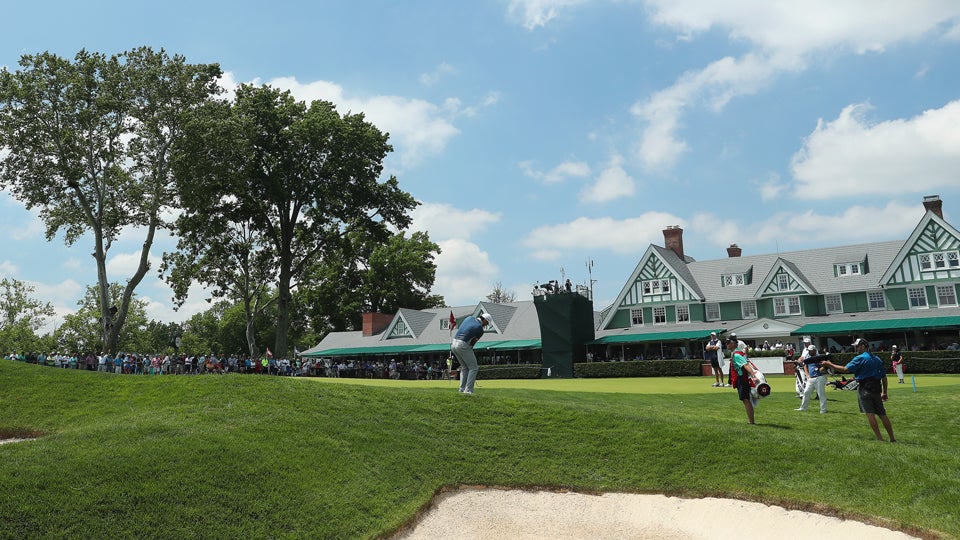 OAKMONT, Pa — Of all the things that set Oakmont apart — the diabolical greens, the drainage ditches, the Church Pews — the most curious feature might be the 9th green, which shares real estate with the practice green. It’s a sprawling swath, maybe 100 yards deep, parceled into an actual green (in front) and a practice green (in back).

All that separates the two surfaces is an imaginary line that extends between blue stakes on opposite sides of the green. The markers are subtle but significant because of a couple of bizarre Rules scenarios that have (or potentially could) unfold there.

At the 2007 U.S. Open at Oakmont, Tom Byrum airmailed the 9th green but still managed to hole out … in one of the practice holes. He received a free drop under the ground under repair rule and went on to two-putt for an epic par.

Now here’s an even wilder situation that could play out.

If a player warming up on the practice green were to hit a putt past the blue stakes onto the 9th green and then knock the ensuing putt back to the practice green, he would be in violation of Rule 7-1.b, which prevents a player, during competition, from “testing the surface of any putting green on the course by rolling a ball or roughening or scraping the surface.”

So, guys … be careful this weekend.