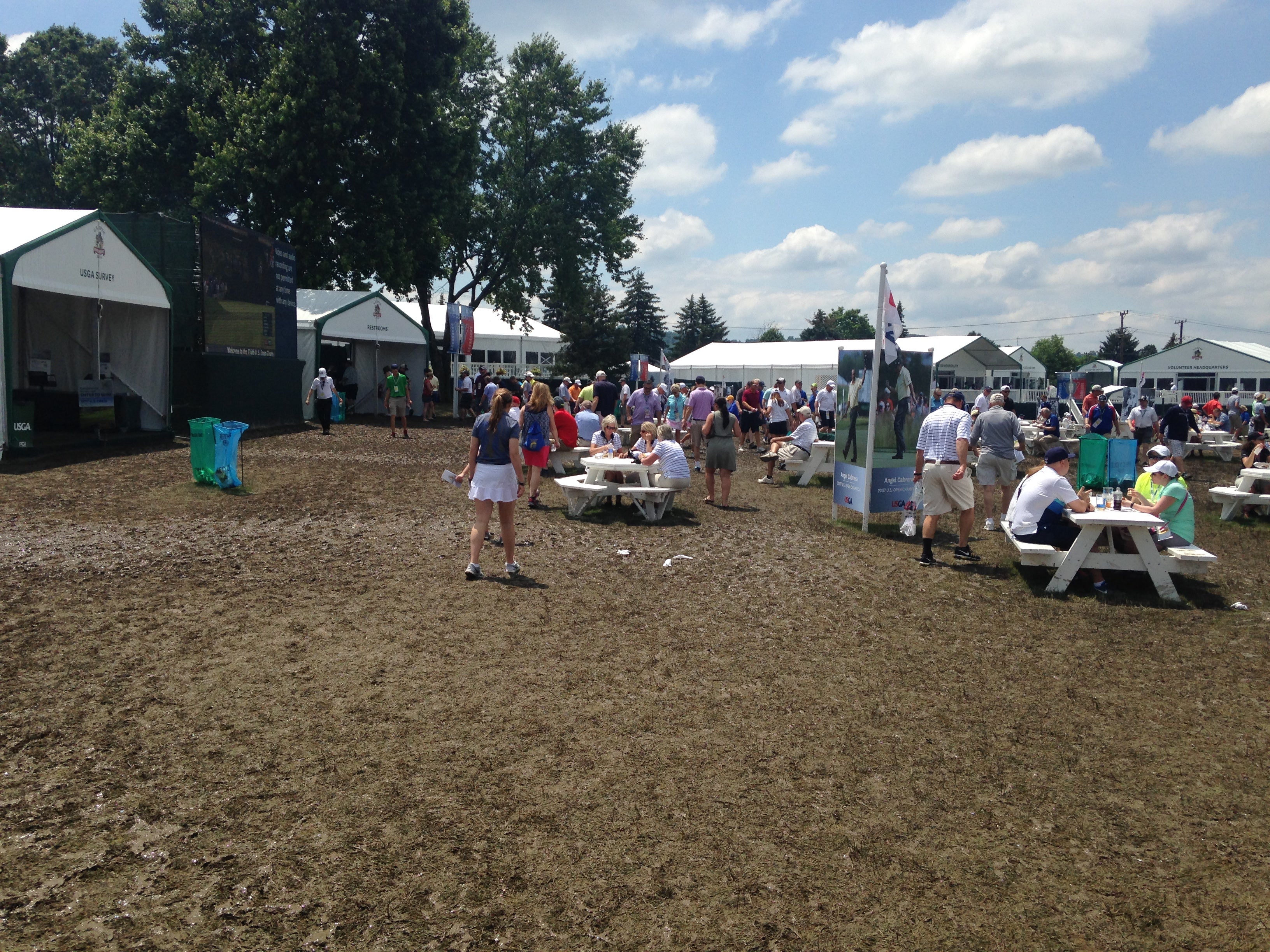 OAKMONT, Pa. — Heading to the U.S. Open this weekend?

Wear an old pair of shoes.

The venerable course at Oakmont Country Club was pelted with nearly 3 inches of rain Wednesday and Thursday. The course has held up marvelously, thanks to a herculean overnight effort by the grounds crew, but many of the walkways and gathering grounds for fans were a different story.

“I might as well go barefoot all day,” said Kiersten Batch, a 28-year-old from Monterey, Calif., moments after clomping through about 4 inches of mud near one of the main entrances.

As you might expect, the biggest messes are outside the ropes in the high-traffic areas, including the first three holes. With a sold-out crowd of 30,000 expected each day, spectator spots will likely remain treacherous throughout the event.

Oakmont shoe salesmen should have a very nice run next week.

The most startling muck pit may be the central fan zone, dubbed Spectator’s Square. It’s a cozy outdoor gathering spot, where fans can purchase cheeseburgers from the Oakmont Grill for $8 or a cone from Ben and Jerry’s for $5. On Thursday morning gleaming white lacquer tables dotted a soggy lawn. On Friday the grass looked a scene from Woodstock, with the entire area reduced to sludge.

“Flip-flops would’ve been a good choice,” said one fan.

“This is a quagmire,” said another.

Despite the sloppy conditions, not all fans seemed too upset by sullying their footwear.

“The mud is a surprise,” said Michah Hawbaker, a 31-year-old from nearby Mercersberg, shortly after entering Spectator’s Square.