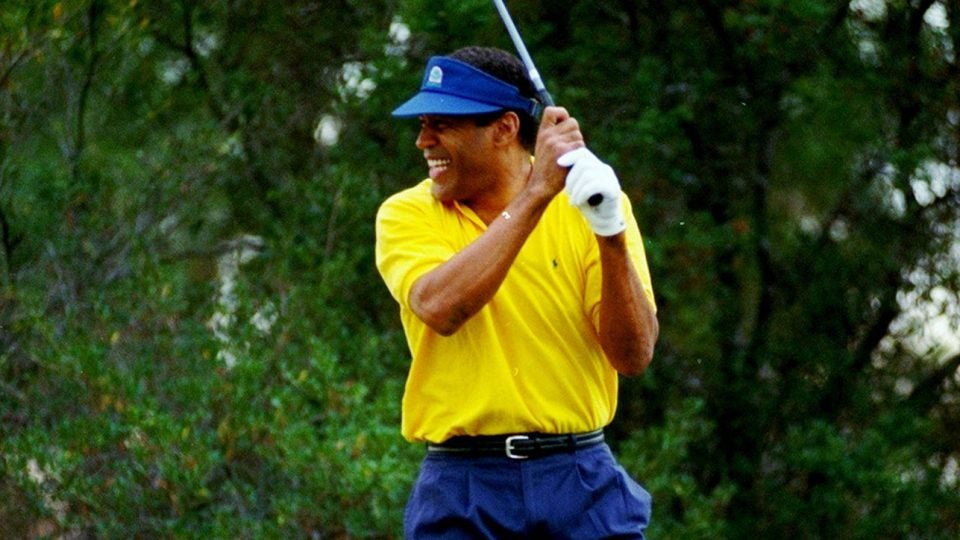 O.J. Simpson in 2000. An avid golfer, he was a member of Riviera in Los Angeles.
Getty Images

O.J. Simpson, the former NFL star most famous for being acquitted of a double murder in 1994, can’t wait to get back on the golf course. He may have that chance sooner rather than later, as he faces a parole hearing for a 2008 armed robbery sentence he is currently serving.

According to USA Today, one of Simpson’s closest friends says Simpson is optimistic about his chances for parole. The hearings begin this week in Nevada.

Scotto said that one of Simpson’s options, if he is granted parole, is to move back to Florida and play a lot of golf.

“We played every day in Miami, even if it was 100 degrees,” Scotto told USA Today. “We’d travel to West Palm Beach to play. We’d play once a week with Lawrence Taylor and Michael Jordan.”

Simpson is serving a maximum 33-year sentence for an armed robbery in Las Vegas in 2008, and has been held at Lovelock Correctional Center. In 1994, Simpson was acquitted of the murders of his wife, Nicole Brown Simpson, and her friend Ron Goldman. One of the cornerstones of the prosecution’s arguments was a bloody glove discovered at the scene of the crime, which ultimately led the jury to acquittal — “if it doesn’t fit, you must acquit” was a popular refrain during the trial.

Scotto went on to recall one of his and Simpson’s on-course stories, a shocking anecdote: “I’ll tell you something really funny. You know you wear a (golf) glove on the course. And all of his friends, anytime he drops the glove, they say, ‘Oops, you did it again.'”

Simpson’s last parole hearing was in 2013. The now 70-year-old then said he would consider enrolling in Alcoholics Anonymous, and has been coaching a softball team at the prison since. He’s also started what he calls a baptist church there.

Scotto has said he’s only ever seen Simpson get angry once, and it was — yep, you guessed it — on a golf course.

“It was to protect me,” Scotto said. “We were playing golf and these guys were on the golf course and they were getting off a par-3 green. They were walking off and I hit a good shot (onto the green the golfers were walking off). So they came running and screaming over and O.J. chased them down the fairway. (Simpson) was actually running. I’ve only seen him mad that one time. He’s a sweet, generous, good soul. Some people might laugh, but it’s the truth.”

Simpson’s first potential team time could come as early as October 1, if things go his way this week.

‘I was done with golf’: Rory McIlroy reveals key turning point that led to his 20th Tour win
Go to mobile version