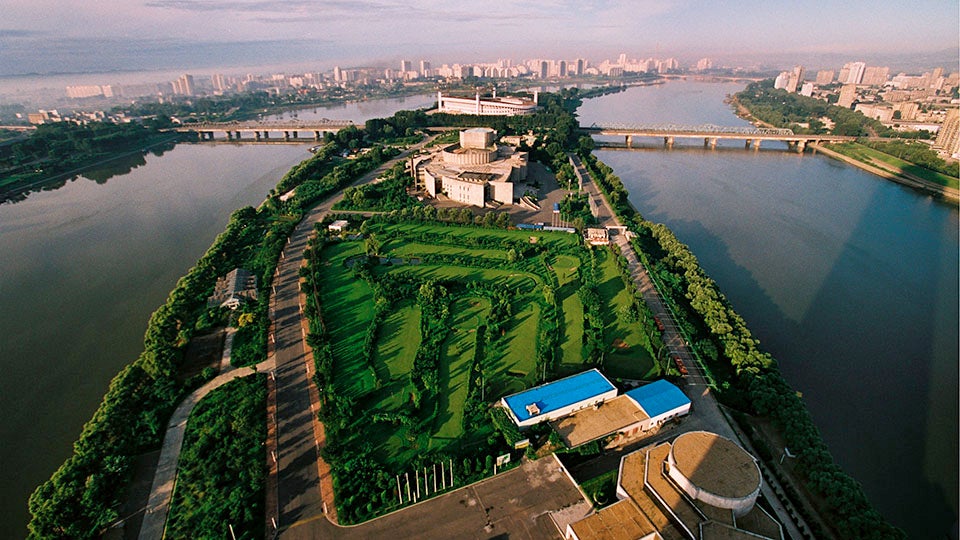 General view of the capital with the golf club near the river Taedong in Pyongyang ,North Korea.
Patrick Aventurier

As golf becomes ever more international, it has spread to countries and places that no one could ever have predicted in the game’s more insular beginnings. Golf has even expanded into some real uncharted territory: North Korea.

North Korea doesn’t exactly fit the bill for a golf hot spot on the rise, but the tightly-controlled country showed off its facilities on state television earlier this week, according to UPI. A South Korean network reported that North Korean television broadcast footage of the golf course with “well-manicured putting greens” on Monday.

The golf course is located in the capital of Pyongyang and shaped like the Korean peninsula. The television segment explained that it has previously hosted an amateur international competition and showed a reporter practicing her swing. Golf Magazine reporter Josh Sens actually attended and participated in this bizarre competition in 2012.

The publicity is unlikely to lead to crowds at the usually empty course: almost no one in North Korea except its most elite citizens can afford to play there.