The true dangers of football become clearer and clearer every year, and NFL Hall of Famer Brett Favre is joining a growing list of current and former pro football players who want their progeny to look elsewhere to get their sports fix, preferably golf. 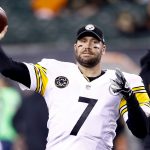 You may also like Steelers QB Ben Roethlisberger: ‘I hope my son plays golf’, not ‘violent’ football

Favre says the movie has opened his eyes to how serious the concussion problem is in the game that made him famous, especially for kids. Favre noted that he has three young grandchildren, and he hopes they find a safer sport to play. “I’m not going to encourage them to play. I’m not going to discourage [them]. But I say this to everyone who will listen: if my grandsons were to say, and they call me Paw-Paw, if they were to say ‘Paw-Paw, will you be my caddy in golf, I think I’m going to do golf instead of football,’ I would be much more happy, satisfied and excited by that then by them playing football.”

“Every tackle I would be cringing, hoping they get up and not shaking their head and saying they got a headache. But the likelihood of that happening by them playing football is very high. So I’d much rather them choose a safer route.”

Favre is not the only NFL star to feel this way. Earlier this year, current Pittsburgh Steelers QB Ben Roethlisberger echoed a similar sentiment, saying he hopes his son ends up playing golf as opposed to the ‘violent’ sport of football.