New LPGA Match Play is a smash hit. The only thing missing is a TV audience 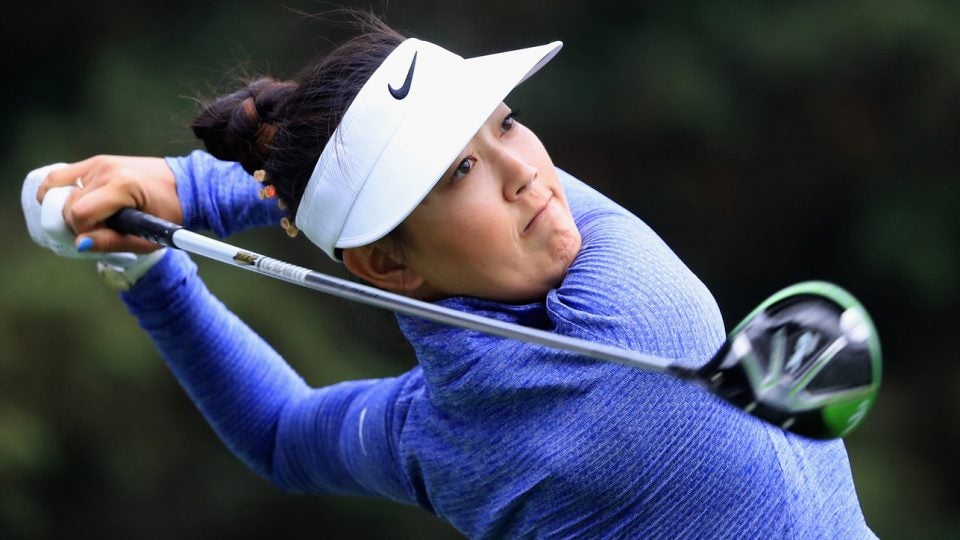 Michelle Wie won her second-round match on Friday, sending her into the round of 16 at the Lorena Ochoa Match Play.
Sean M. Haffey/Getty

The only problem? No one at home was able to see it.

The event, which moved from November to May while breaking away from a 72-hole stroke-play format, is the LPGA’s first match-play tournament since 2012. With all the buzz that format changes have generated across professional tours — from the two-man teams at the Zurich Classic to this week’s Golf Sixes on the European Tour — the Ochoa Match Play should be a slam dunk. And it is — in terms of the excitement level on the ground from the devoted Mexican fans, and the competitors themselves. But because of budget constraints, the tournament is not being televised, and what could have been excellent exposure for women’s golf will stay in the elevated paradise that is the Club de Golf Mexico.

Even Lorena Ochoa’s name on the event, along with scheduled “Legends” exhibition matches featuring Ochoa, Annika Sorenstam, Juli Inkster and Se Ri Pak, was not enough to get it on air to broader TV audiences.

World No. 1 Lydia Ko, who advanced to the round of 16 with 1-up win over American Jenny Song on Friday, was disheartened by the lack of coverage.

“With the field that’s here and with the name that it’s under, Lorena Ochoa, that it’s not being televised…[Ochoa] has done so much for the game,” Ko said Friday. “And with it being match play, you never know what’s going to happen, so it’s always exciting.”

The LPGA by all accounts did its best: each of the staffers I spoke with on-site said they wished the event was televised. But because money was tight, the organization released the tournament organizers of their broadcast commitments.

“The LPGA will continue to work with the Lorena Ochoa Match Play team to ensure television coverage in future years,” the LPGA said in a statement. The tour is working around the clock to deliver content to the masses, including live scoring updates, post-round interviews, Facebook live segments, and nightly Golf Channel highlights. Golf Channel did not respond to GOLF.com’s request for comment on the decision not to broadcast.

Golfweek reported that a tournament broadcast in Mexico costs $1 million, which is more expensive than domestic events by $250,000. The current tournament sponsors (Citi Banamex, AeroMexico and Delta) were unable to cover the cost.

Players feel the absence of TV most acutely. Aside from a group of perhaps 40 spectators following Mexican golfers Ana Menendez and Gaby Lopez on Thursday (they lost their respective matches and were eliminated), the area outside the ropes has been largely empty.

“It’s a shame,” Michelle Wie said following her victorious round Friday. “It’s such a stark difference from Solheim. The last time we played match play, there were thousands of people and it was televised, every second of it.”

What the LPGA players lack in attention from broadcast this week, they make up for in social media. Many players have used Instagram and Twitter to connect with fans this week.

“The fans want to be able to watch it,” said Canada’s Brooke Henderson, who also advanced to the final 16. “On Twitter I’ve received a lot of fans watching the two of us [sister Brittany is her caddie], and it’s the same with a lot of the girls, wishing it was [televised].”

If there’s one thing to take away from the week thus far, it’s that the format is fantastic, players are enjoying it. Hopefully in the future, a wider audience will also be able to enjoy it.

“It’s still great to be back in Mexico. It’s one of my favorite events,” Wie said. “Hopefully it will have created some buzz, and we can get some TV next year.”