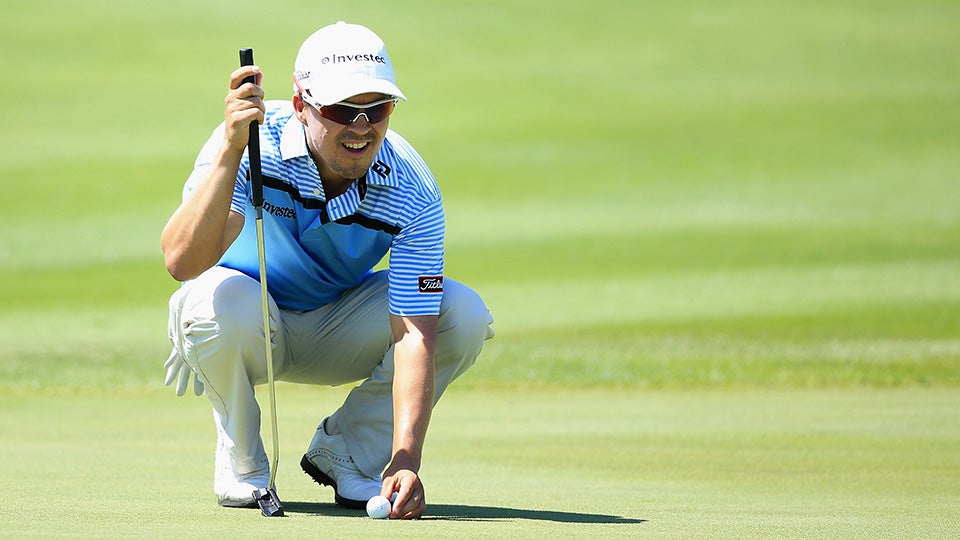 Christiaan Basson of South Africa lines up a putt on the 9th green during day one of the Alfred Dunhill Championship at Leopard Creek Country Golf Club on November 26, 2015 in Malelane, South Africa.
Jan Kruger/Getty Images

MALELANE, South Africa (AP) Christiaan Basson held the clubhouse lead in the first round of the European Tour’s season-opening Alfred Dunhill Championship after play was suspended Thursday because of lightning.

Charl Schwartzel was part of a tie for second three shots behind Basson, but was one of a small number of players who hadn’t finished their rounds when play was called off late in the afternoon in northern South Africa.

Home player Basson opened the season with an 8-under 64 at Leopard Creek Country Club, starting the 2016 Race to Dubai just four days after Rory McIlroy clinched the 2015 crown. Basson, who is searching for a maiden win on the tour, had eight birdies and no bogeys.

Compatriot Schwartzel was one of three players on 5 under par, although the former U.S. Masters champion wasn’t able to finish his final hole before play was suspended until Friday. Schwartzel, a three-time winner of the Alfred Dunhill Championship, had three straight birdies on Nos. 14, 15 and 16 to be tied with Zimbabwe’s Mark Williams and England’s Matt Ford.

Basson overshadowed a trio of South Africans who had attracted most of the attention ahead of the first event of the season: 2011 Masters winner Schwartzel, former British Open champion Louis Oosthuizen and Branden Grace, who finished third in the Race to Dubai last week, are all starting their 2016 seasons at home.

While Schwartzel was on the leaderboard, No. 15-ranked Oosthuizen opened with a 2-under 70 and No. 18 Grace, this tournament’s defending champion, shot a 71.

Swede Niclas Fasth is playing in his 500th European Tour event and marked the milestone with a 68 for tied fifth.