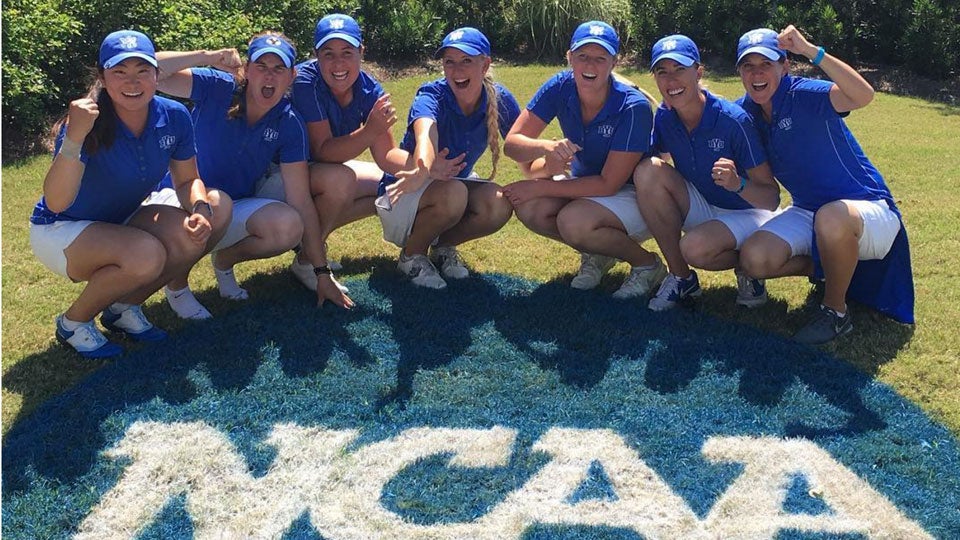 The BYU women's golf team celebrates their qualification to the national championship tournament.
via @byuwgolf

The NCAA women’s golf championship kick off in Eugene, Oregon today, but the Brigham Young University women’s golf team has already played the third round.

The championship is a six-day tournament contested from Friday to Wednesday with a cut after 54 holes, but BYU is a private university owned and operated by The Church of Jesus Christ of Latter-day Saints, so the school has a policy against competing on Sundays in keeping with the Mormon faith.

According to Susie Arth at espnW, the NCAA made a scheduling adjustment to accommodate the players’ religious obligations. The BYU ladies played to Sunday pin positions to post their third-round score of 10-over 298 on Thursday and will return to competition Monday after sitting out Sunday should they advance to the later rounds.

Naturally, the move has reportedly touched off a debate about whether the adjustment gives BYU an advantage. It was sunny on Thursday, but there’s a high chance of rain in the forecast for Sunday.