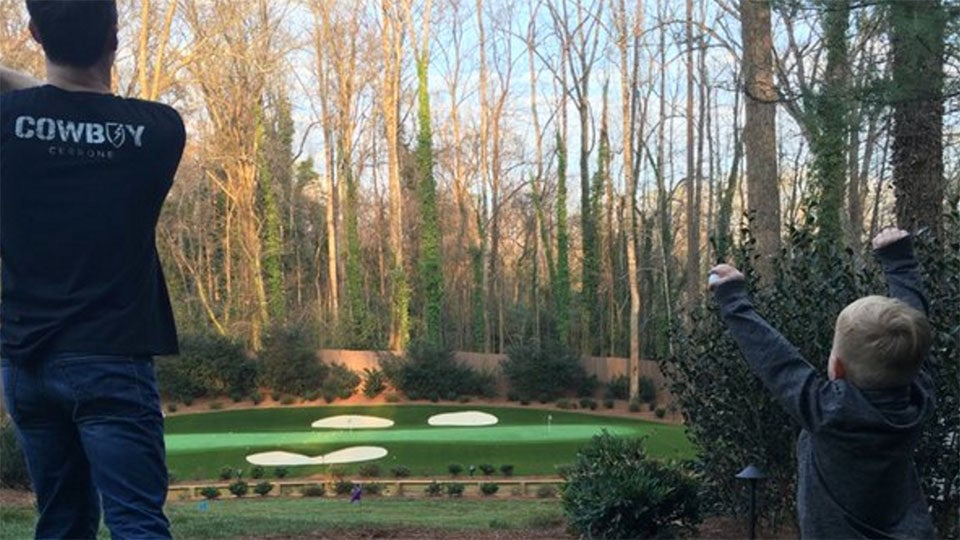 NASCAR star Kevin Harvick likes golf so much that he installed a replica of Augusta National’s 12th hole, Golden Bell, in his backyard.

It not only looks familiar to him, but likely feels familiar — the racer played the famed course a few years ago, and supported friend and amateur Scott Harvey who played his first Masters in 2015.

“It’s just amazing there,” Harvick previously told reporters. “There’s nothing else like this place.”

Which is true…but having something strikingly close in your backyard is a pretty solid concession.

Getting in a little practice in the back yard this evening… pic.twitter.com/SNbIFxutuh