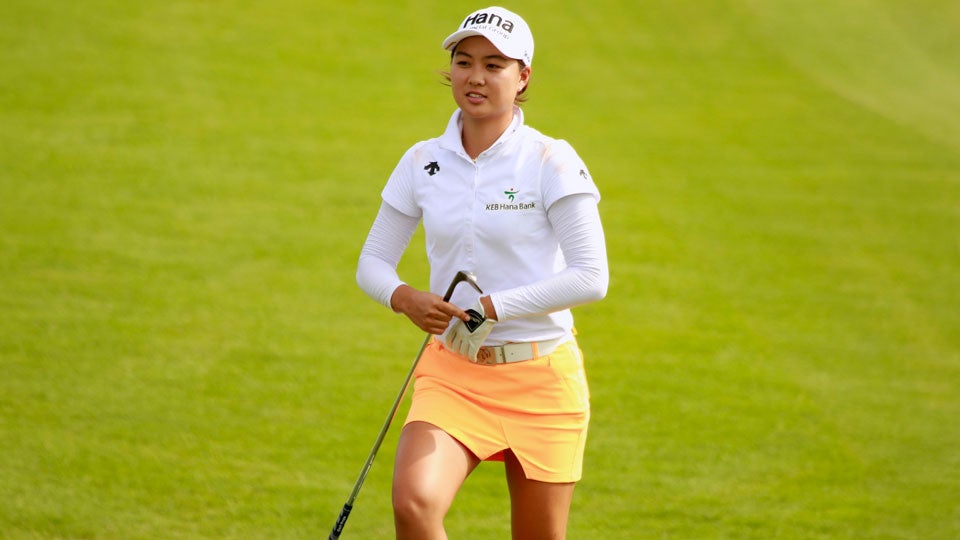 Minjee Lee tees off on the 11th hole during the second round of the Lorena Ochoa Invitational.
Getty Images

The 19-year-old Australian player two-putted from 50 feet on the par-5 17th for the last of her six birdies at tree-lined Club de Golf Mexico. She won at Kingsmill in May for her first LPGA Tour title.

Second-ranked Inbee Park, defending champion Christina Kim, Angela Stanford and rookie of the year Sei Young Kim were tied for second in the 36-player event. Park, the first-round leader, had a 71. Christina Kim and Sei Young Kim each shot 66, and Stanford had a 70.

Park is making her first start since withdrawing in China two weeks ago because of a cyst on her left middle finger. The South Korean star has four victories this season, winning two of the five majors.

Sei Young Kim, also from South Korea, won the event in China for her third victory of the season.

Stanford is coming off playoff loss to Sun-Ju Ahn last week in the Asian Swing finale in Japan. The American won the inaugural tournament in 2008 in Guadalajara.

Last year, Christina Kim beat Shanshan Feng on the second hole off a playoff after losing a five-stroke lead in the final round.

Norway’s Suzann Pettersen was sixth at 4 under after a 71.