Mike Van Sickle: The Diary of a Monday Qualifier 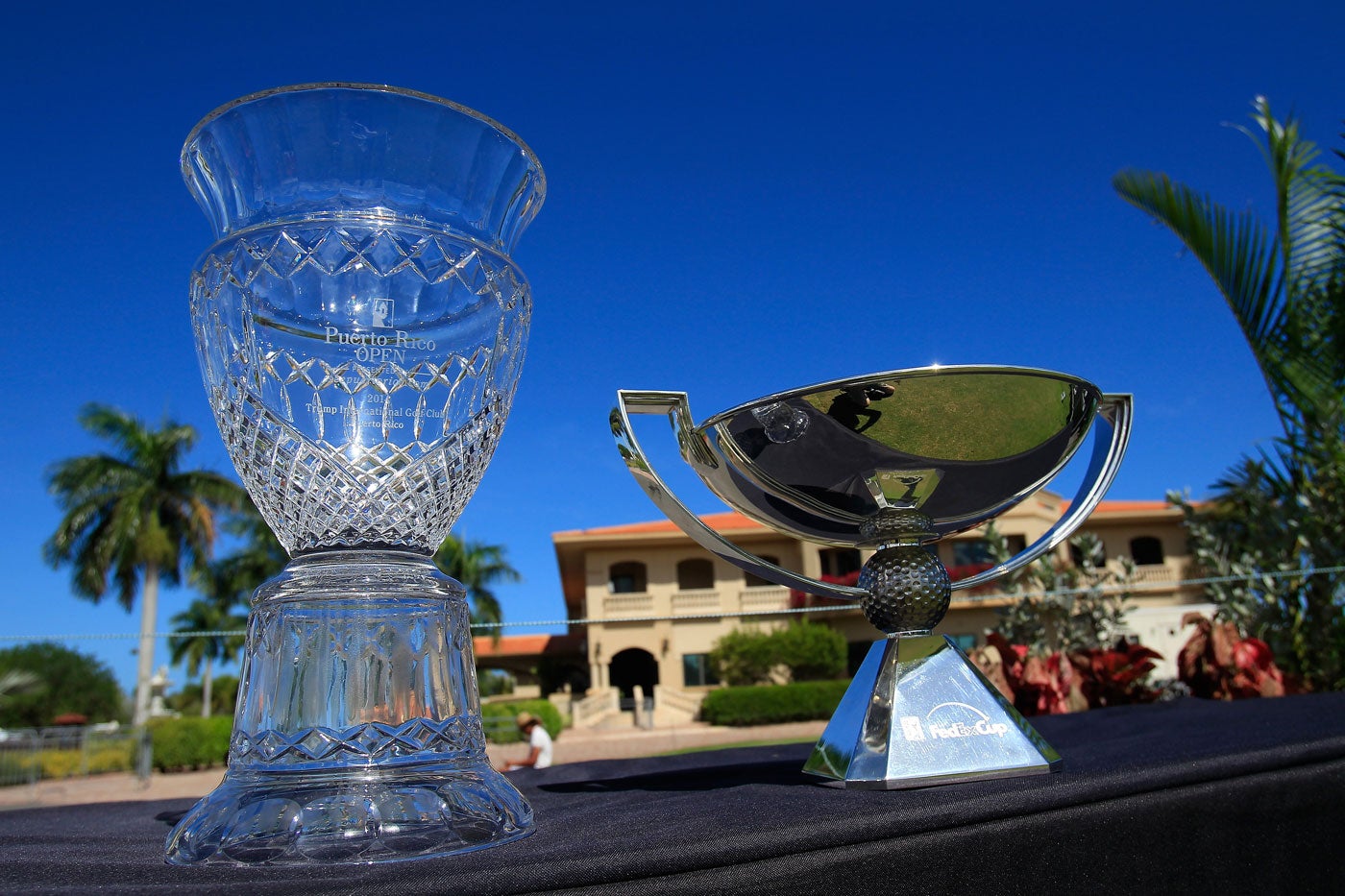 Mike Van Sickle is a 28-year-old tour professional who has status on the Web.com circuit. He periodically shares his insights on the experiences of a young player trying to make a career in golf.

SAN JUAN, Puerto Rico—It’s like deja vu all over again, as Yogi Berra once said. So much so that I’m half expecting to turn the next corner and see Denzel Washington standing there. (If you missed that movie, never mind.)

Once again I tied for fifth in a PGA Tour Monday qualifier (or The Race to Four, as I like to call it), this time for the Puerto Rico Open. You might recall that I also finished fifth in the Monday qualifier for the Farmers Insurance Open at Torrey Pines; I shot seven under par on the back nine that day but came up a shot short.

A lot happened to get me to San Juan, and it started with the previous week’s Monday qualifier for the Honda Classic.

I drew the kind of pairing you look forward to as a player. Here I was in West Palm Beach, Fla., paired with PGA Tour veterans Greg Chalmers, a native Australian, and D.J. Trahan, a Clemson Tiger. They’ve got a combined 629 Tour starts between them, and D.J. has a couple of wins. You hope for these kinds of pairings for two reasons. One, it may sound insignificant, but it’s much easier to fire a great round when your playing competitors are out there making it look easy as well. Momentum within the group can be a huge ally, especially on a Monday when you need to take it deep. Second, it is an excellent opportunity to learn something. I’m not asking questions during the round and I’m not losing focus from my own game, but I am noticing what the other guys in my group do. How did they just play that shot from off the green? How did he just approach that difficult tee ball?

Our group got off to a relaxed start after Greg was introduced as being from Cleveland, Ohio. We were all quiet walking off the 1st green until I blurted out, “Cleveland?” Greg laughed, clarifying that’s where his manager is based. “So why is it listed as your hometown? Did you lose a bet?” I then explained, to much amusement, that I’m a Pittsburgher, but no hard feelings.

I was three under par through four holes, but then my putter went cold. And despite tough starts, Greg and D.J. fought through their rounds to try to get into contention. We all came up short.

Despite his disappointment, Greg offered me a few putting tips after the round. He noted that I had a bit too much hit in my stroke, that I seemed to be trying to force the ball into the hole, especially on shorter putts. He recommended making some practice strokes with my eyes closed to better feel my stroke and think less about hitting the ball. It reminded me of Will Smith’s putting lesson in The Legend of Bagger Vance. I appreciated the advice, and it was nice of him to let me pick his brain for a few minutes.

From West Palm, I drove five hours to Valdosta, Ga., for a Swingthought.com tour event that was giving out Web.com exemptions to the winner as well as the 36-hole leader. It turned into a long, cold, wet week with a slew of rain delays. The entry fee was $1,600, and I was among the 67 guys who made the cut. I finished 46th and earned $975. This is the hardest thing about the mini-tours. Entry fees are extremely high, so earning a profit once you factor in living expenses is difficult. The winner in Valdosta pocketed $20,000, but you had to finish in the top 20 to turn a profit. Many players split hotel rooms to save on costs.

One thing I learned the hard way upon touching down in Puerto Rico: Find out in advance if your 3G or 4G phone service works here. Mine didn’t; thus my GPS did not work. I didn’t realize that until I pulled out of the airport in my rental car. I had one iffy map that I tried to use, but all the road signs are in Spanish, and although I can read some of the language, trying to decipher signage at 65 mph is a challenge. The course was maybe 30 minutes from the airport. It took me two hours to get there. I missed an exit and wound up in downtown San Juan, where half the streets were closed due to protesters marching on the capitol. So there I was, stuck. I eventually got to the course for a practice round and with some more difficulty, found my hotel later that night.

After an uneventful front nine that saw one birdie and one bogey, I needed a superior back nine to give myself a chance. Then I promptly drove it in the water at 10 for another bogey, but I got that shot back on 12, a par 5, when I almost chipped in for eagle. The turnaround came at 14, where I holed an eagle putt from 30 feet to get to two under. A 10-foot birdie putt at 15 went begging, and a chip at 16 stopped on the lip.

Unlike at the Farmers, where I’d seen the scores at the turn and knew what I had to do, I did not know what it would take to qaulify, but with the challenging conditions, a four-under 68 seemed like it could have a shot.

I made an 18-foot birdie putt at 17 and poured in a 12-footer at 18 for 68. I was tied for fourth with two others, but I know how these things work. With 18 players still on the course, I didn’t feel good about my chances. I dodged bullets for a few groups until a 66 came in and knocked me to fifth.

That’s golf. One minute you’re on a high from coming through in the clutch and holing must-make putts to close out your round, and the next minute you feel like you’ve been kicked in the gut because someone else did the same. The good news: After struggling with the putter for two rounds in Valdosta, I started making some putts. And I carried that momentum into the qualifier. Progress! It gives me something to build on.

The close calls are all part of the job. The solution for me is the same as for every other aspiring mini-tour or Web.com player. Play better.

Next Monday, I’ll tee it up in the qualifier for the Valspar Classic. I’d love to get in that tournament because Innisbrook Resort’s Copperhead course is one of my favorite tracks in Florida.

I’ll focus on the positives. The bad stuff? I’ve already put that behind me. I’m looking forward to Monday.

First, though, I’ve got half a day to kill in Puerto Rico before I fly out. I think I’ll hit the beach.