Mike Davis on USGA Ruling: We’d Like a Mulligan 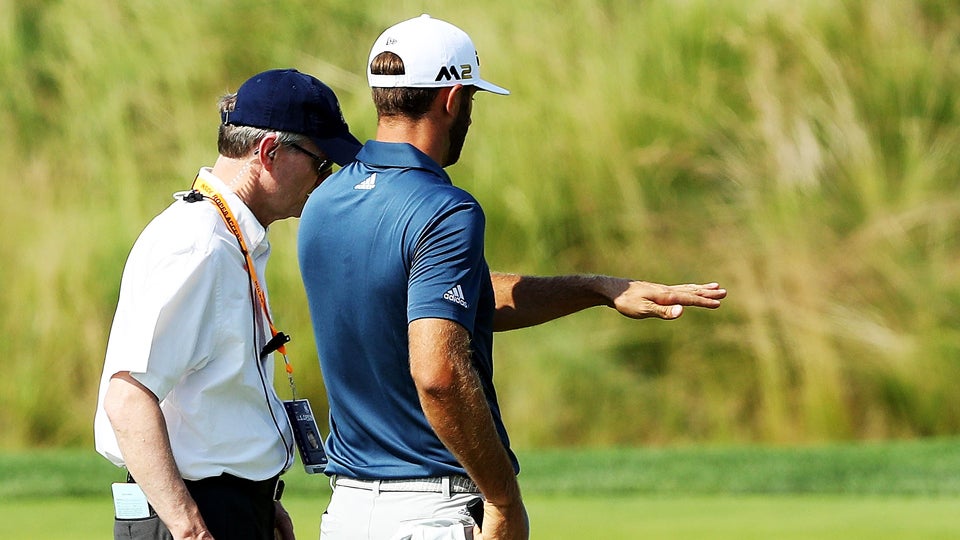 A controversial ruling by the USGA cost Dustin Johnson a stroke at the U.S. Open at Oakmont.
2016 Getty Images

After Dustin Johnson, one of golf’s biggest stars, won his first major at the U.S. Open Sunday, the USGA should have been celebrating the success of the tournament at Oakmont.

Yet into the wee hours of the night Sunday, USGA officials were on television trying to explain a rules controversy that marred the national championship.

USGA executive director Mike Davis joined GOLF Live by phone Tuesday to offer his own explanation of the bizarre penalty and its enforcement during the final round. Davis insisted the rule was applied correctly, but said the handling of the rule wasn’t appropriate given the circumstances.

“We should have applied the ruling after we had time to look at the video and not let the U.S. Open, the final round of the U.S. Open, almost be in limbo for a period of time. And that’s what happened.”

Johnson walked off the 5th green believing he’d made a par 4 after a rules official told him he made no error when his ball moved on the green. But on the 12th tee box he was notified by a different rules official that the USGA was going to review the matter after his round and that he could be assessed a penalty. In the interest of fairness, the field was notified of the looming issue. He was, in fact, later penalized one stroke.

“If we had a mulligan, we just would have assessed a penalty (before the round was over) … obviously that would have been controversial too.” There appear to be three separate issues at play and the first two are related: whether a penalty should have been assessed based strictly on the evidence and whether or not that penalty should have been applied after the rules official on the course allowed Johnson to continue play without a penalty. The third is how the USGA handled the situation, informing Johnson on the course a penalty would possibly be assessed without actually making a definitive call.

But the USGA and Davis appear satisfied with the ruling itself.

“We were applying the rules as they were written,” he said. “We can absolutely accept that some people don’t like that rule as it’s written.