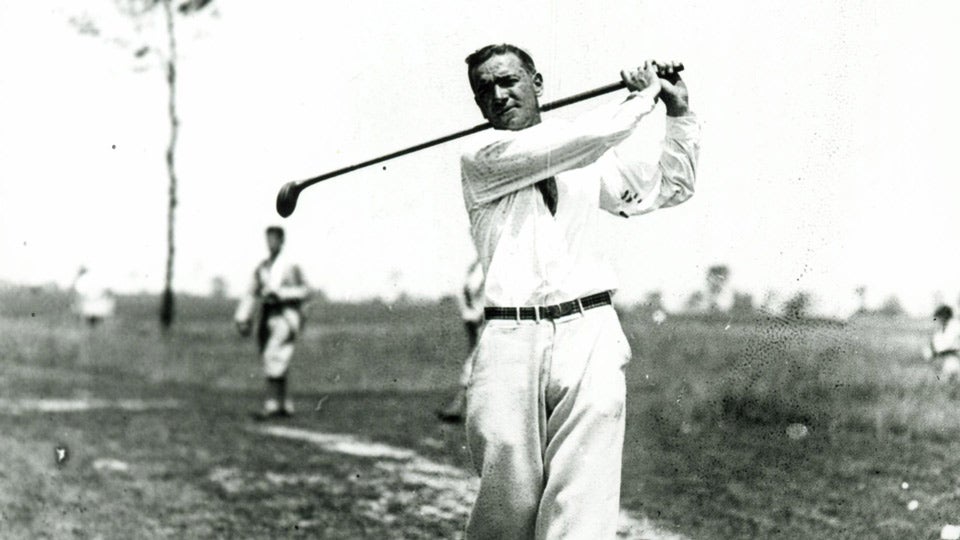 For a golf-rich state that tied for sixth in our United States of Golf ranking, Michigan is surprisingly bereft of superior players. Calvin Peete was born in Detroit, but didn’t pick up golf until he had settled in Rochester, N.Y. Hall of Famer Donna Caponi was also born in Detroit but hone her swing in Southern California. Dave Hill is the closest pursuer. The Jackson native attended the University of Detroit and sports 13 PGA Tour wins, three Ryder Cup appearances and a Vardon Trophy for low scoring average in 1969. Diegel wins the prize, however, for his two majors: back-to-back PGAs, which snapped Walter Hagen’s incredible PGA winning streak at four. Born in Gratiot Township, Wayne County, in 1899, Diegel racked up 30 tournament titles in the days before there was a formal PGA Tour and won the Michigan Open in 1916 and ’19. He also won four Canadian Opens and played on four Ryder Cup teams (Leo was a lion at match play). He employed a bizarre putting style, with both elbows pointed outward, giving rise to the verb “Diegeling.”