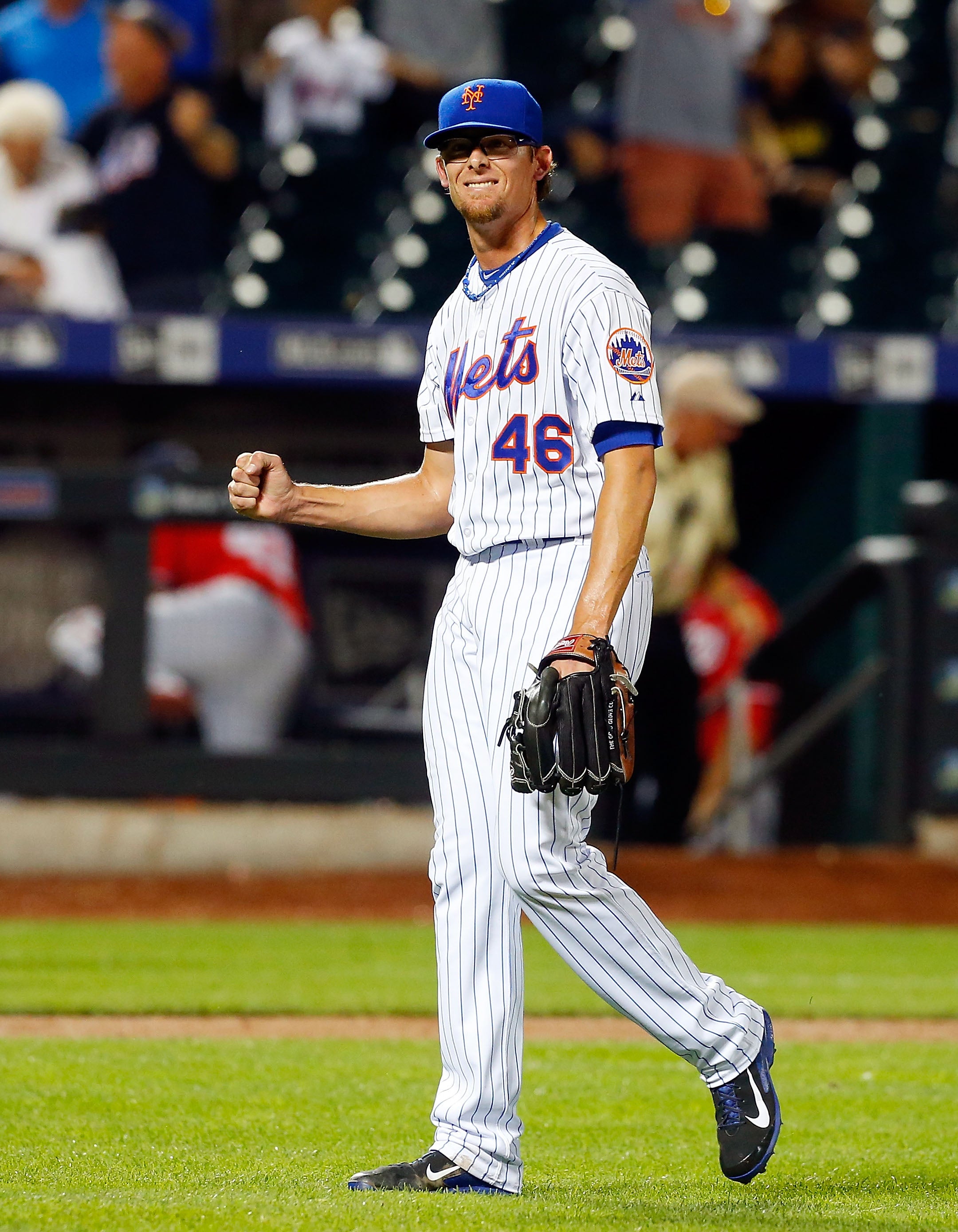 Tyler Clippard in action against the Nationals, August 2, 2015.
Jim McIsaac

Back in September, the New York Mets had just clinched their first playoff berth in nine years. It would have been premature for relief pitcher Tyler Clippard to announce that he knew he was already going to the World Series…except that he was right. Today, it turns out, in more ways than one.

The 30-year-old baseball pro is quite the golfer, so much so that he has had long-standing plans to attend the baseball World Series of Golf at Pebble Beach in December. The four-day tournament is for baseballers who feel they can play. With a handicap of +1.5, he should be able to hold his own, and then some.

“I would like to think that I would play anyone in the game,” he told NJ.com.

According to reports, Clippard almost considered playing professional golf before his baseball career took off. He played in his front yard as a kid and first hit the links with his dad around age 9. He went on to play four years of varsity golf in high school, but just two in baseball. Though he was drafted to the Yankees in 2003, solidifying his career in the MLB, Clippard still plays often…and still considers the PGA Tour an option after he’s done on the mound.

“In the off-season it’s what I do,” Clippard said of his golf routine: a workout in the morning and on the course by 1 p.m., three to four times a week. “I’m literally a professional golfer in the off-season.”

While Clippard might be the most accomplished golfer on his squad, he’s not alone — Yoenis Cespedes has been known to be seen out swinging in the middle of the playoffs; catchers Kevin Plawecki and Travis D’Arnaud, and pitching coach Dan Warthen are all known golf-loving Mets.

Right now, he’ll need to focus on the biggest post-season his team has seen in a decade. And who knows, maybe a Mets win at this World Series will be a good omen for Clippard’s next.