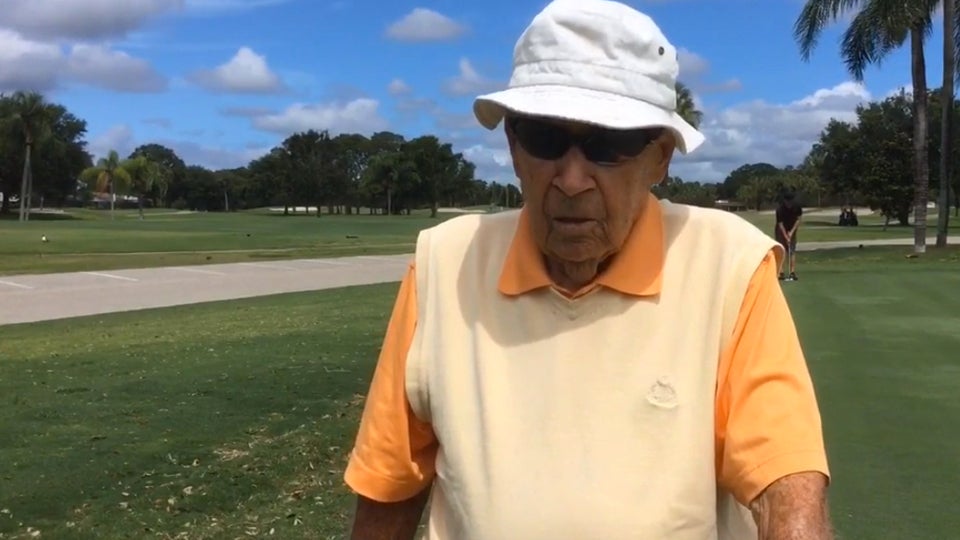 The oldest living PGA golf professional is 104-year-old Gus Andreone, and he still hits the links three times a week. Oh, and he has eight holes-in-one.

The Bradenton Herald recently featured Andreone, and he’s got quite a story. He gave his first golf lesson in 1934 and joined the PGA of America five years later.

Andreone, who is a member at Palm-Aire Country Club in Sarasota, Florida, still plays nine holes three times a week, and about a month ago he shot a 42. Of his eight holes-in-one, the most recent came less than two years ago. In December 2014 he aced a 113-yard par-3 with a driver, which, at 103 years old, made him the oldest known golfer to notch a hole-in-one, the Associated Press.

You can read the entire story about Andreone here.