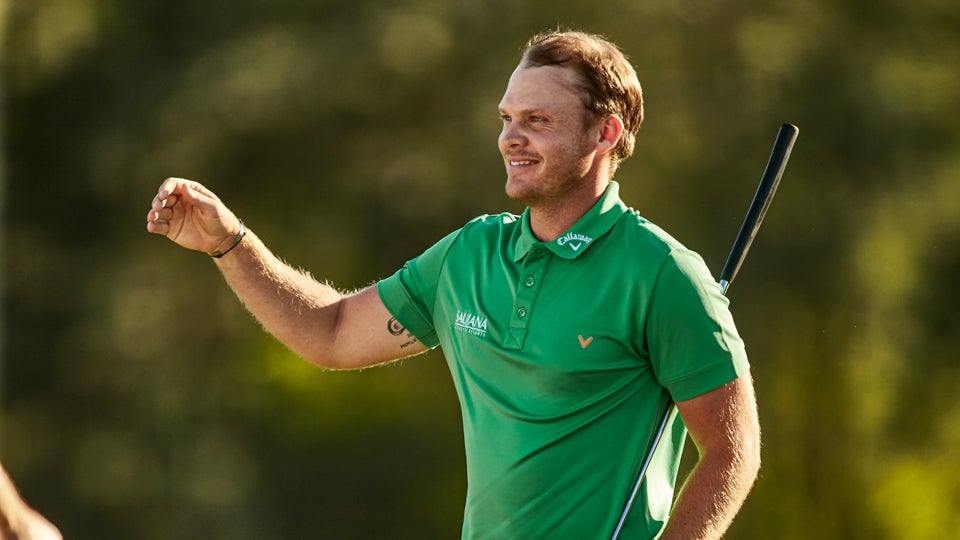 This year, Team Europe will replace its familiar assassins (Ian Poulter!) with some fresh-faced, would-be Yankee-killers.

Poulter will sit this one out with an injury. To compete, Lee Westwood needed a captain’s pick from old pal Darren Clarke. And players like Luke Donald and Padraig Harrington were too far off form to get the nod. Team Europe will be vastly different from the outfit that beat the U.S. in six of the last seven Ryder Cups.

“Both teams are different looking,” says Poulter, who will serve as one of Clarke’s vice-captains at Hazeltine. “It’s a younger wave of players. Europe will have quite a few rookies, and the U.S. team is also going to be fairly young. I wouldn’t say that one team is clearly stronger than the other.”

But who are these guys? Herewith, Team Europe’s new crop of stars:

Age: 28
Nationality: English
Accomplishments: 2016 Masters champ
Strengths: When he’s on a roll, he can beat anyone. That was evident not just at Augusta but at the 2015 WGC-Dell Match Play, where Willett bested American Patrick Reed on the way to a third-place finish.
Weaknesses: Willett’s fragile back has knocked him out of tournaments, and at Oakmont he was well irritated when the USGA did not allow players to warm up after a U.S. Open rain delay.
Key stat: In Europe, he’s 12th in putts per green in regulation. Age: 29
Nationality: English
Accomplishments: Three victories on the European Tour
Strengths: He’s a mainstay in the top half of almost every field. “Andy Sullivan is incredibly motivated about playing in the Cup,” says Olympic gold medalist Justin Rose, a shoo-in to make the team. “He has a lot of confidence and a bit of strut in his step.”
Weaknesses: Most of the Euro rookies, Sullivan included, aren’t long off the tee.
Key stat: Midway through the summer, Sullivan was winless in 2016 and averaging more than a stroke per round higher than he did last year.

Age: 28
Nationality: English
Accomplishments: Won the BMW PGA Championship in May. Took two of three matches to help Europe win the Ryder Cup–style EurAsia Cup earlier this year.
Strengths: At six feet, six inches tall, he towers over the competition.
Weaknesses: He looked to be on the cusp of a big career after his star turn as an amateur at the 2008 British Open, but his pro results have been lackluster.
Key stat: His Race to Dubai number is trending in the right direction, going from 64 in 2014 to 17 last year to seven currently.

Age: 22
Nationality: English
Accomplishments: The 2013 U.S. Amateur champion and former No. 1–ranked amateur in the world, Fitzpatrick got his first pro win at the 2015 British Masters at Woburn.
Strengths: “I can see him playing the Luke Donald role, in the sense of being a very accurate player and a great putter,” Rose says.
Weaknesses: Fitzpatrick still looks like he’s about 16, and that noticeable lack of seasoning has a way of being extra noticeable at the Ryder Cup.
Key stat: He’s 12th in greens in regulation on the European Tour.

Age: 32
Nationality: Spanish
Accomplishments: Cabrera Bello took third at this year’s WGC-Dell Match Play and fourth at the Shell Houston Open, after which he accepted special temporary playing status on the PGA Tour.
Strengths: He can get the ball in the hole—he ranks seventh in stroke average in Europe.
Weaknesses: A big hitter he’s not, and Hazeltine is a long course.
Key stat: He’s an impressive seventh in GIR when playing in Europe.

Age: 24
Nationality: Belgian
Accomplishments: Three European Tour victories before the age of 25.
Strengths: The young bomber stands taller than most (six feet, five inches) and averages 300+ yards off the tee.
Weaknesses: Lack of experience. He has played in in just two majors in his career, never finishing in the top 25.
Key Stat: His three top 5s since the beginning of August show exactly where his game is at.