Matthew Fitzpatrick Leads by 1 Shot at the British Masters 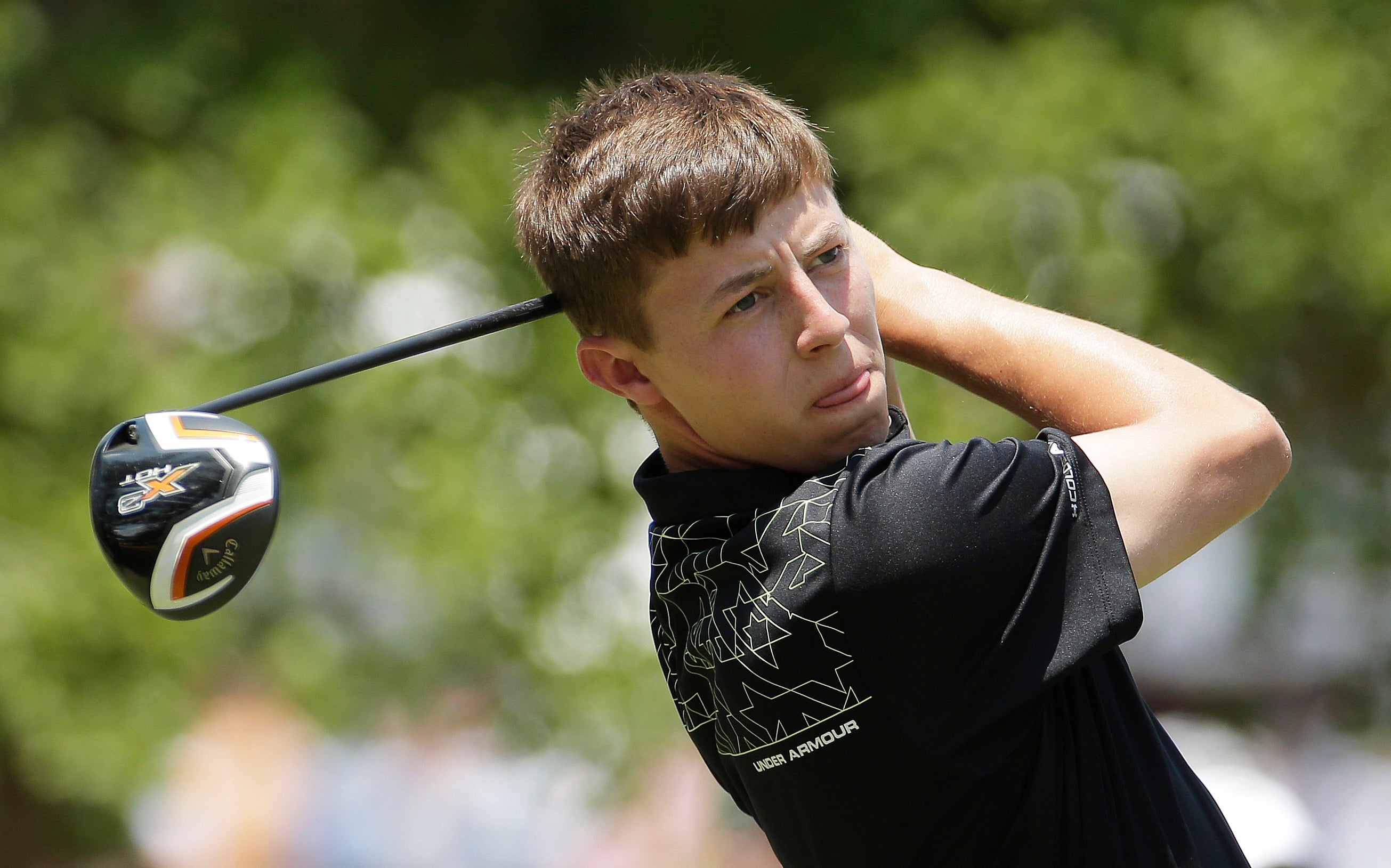 WOBURN, England (AP) England’s Matthew Fitzpatrick birdied his final two holes to card a seven-under par round of 64 and lead by one stroke after the first day of the British Masters at Woburn on Thursday.

Fitzpatrick made six birdies and an eagle in his opening round to edge ahead of Marc Warren, Lee Slattery, Soren Kjeldsen and Robert Karlsson, who all shot a 65.

”It doesn’t get better than that,” Fitzpatrick. ”I think tee to green, it is pretty tough. If you don’t hit it in the fairway, the rough isn’t deep but it is quite wet, so it clings. It is difficult to get it to the full, normal distance of your irons.”

The 21-year-old Fitzpatrick won the 2013 U.S Amateur Championship as well as taking the silver medal in the British Open at Muirfield later that year for finishing tied 44th, the highest placed rookie.

His first professional appearance was at last year’s Irish Open but he had to rely on invites to compete in the remainder of the European Tour’s events. He secured his card at Qualifying School in Spain in November for his first full campaign.

This season, Fitzpatrick has already recorded five top-five finishes, including second at the European Masters in Switzerland in July, and his prize money for the year stands at 681,640 euros ($770,882). But he is still seeking his first victory.

”I missed quite a few cuts in a row at the start of the year even though I felt like I was playing all right,” Fitzpatrick said. ”Now, I’ve played decent and I’m getting the results I have been looking for. I have been getting so much experience, week-to-week learning more about myself and about tournaments and that has been the biggest thing.”

Ian Poulter, who is hosting the tournament at his home course, had to overcome some tension caused by his extra responsibilities before his three-under 68.

”I felt nervous on the first tee today, on the 10th, and that is a feeling I haven’t had for a little while,” Poulter said. ”But it was nice feeling. I was pretty pumped last night, I was excited and I could not drop off to sleep. Coming out today and seeing everyone on the course, it was a great day.”