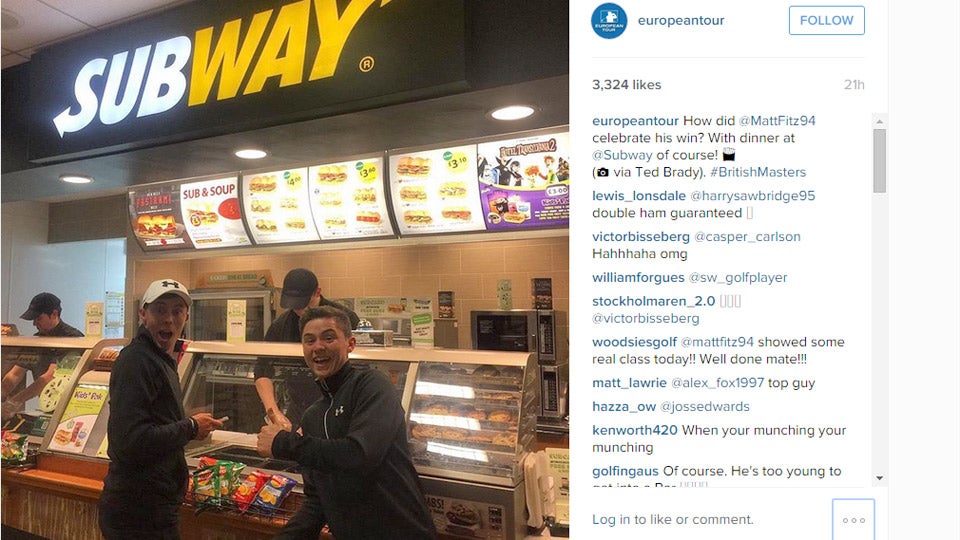 Fitzpatrick had this to say about his accomplishment, “I honestly did not think I was going to win this year. A wire-to-wire victory is unbelievable for me, I really feel that is an amazing achievement. I dreamt of doing it but I never thought I would be good enough.”

So how did young Matthew celebrate his “amazing achievement” that made him rich beyond belief?

According to the European Tour, he got a Subway sandwich. In Matthew’s defense, he was in his home country of England, a nation notorious for their horrendous food.

How did @MattFitz94 celebrate his win? With dinner at @Subway of course! (via Ted Brady). #BritishMasters