Matt Kuchar Secretly Wanted Players to Drop Out of Olympics 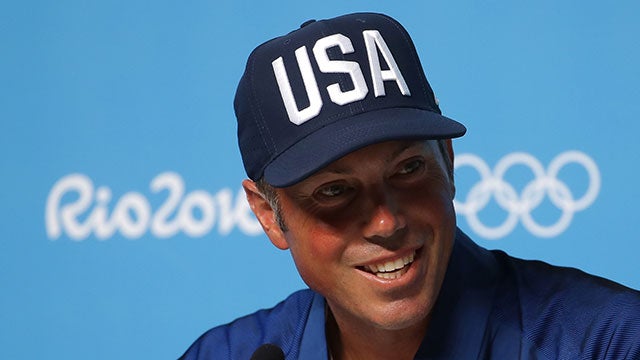 Matt Kuchar of the United States attends a press conference at the Main Press Center during Day 4 of the Rio 2016 Olympics on August 9, 2016.
Getty Images

As the golf world wrung its collective hands over top Americans like Jordan Spieth and Dustin Johnson backing out of the Olympics, Matt Kuchar was the only one celebrating.

The Olympic format allowed for a max of four players to represent one country in golf’s return to the Games (and only if they were all ranked inside the top 15 in the world). Once Johnson pulled out a few days before the deadline and was replaced by Patrick Reed, Kuchar was on deck, ranked No. 15 in the world. When Spieth pulled out, Kuchar was in.

“I secretly had my fingers crossed, hoping guys would pull out,” Kuchar said in a press conference on Tuesday. “As a fan of sport, this is a boyhood dream. You think: ‘Wouldn’t that be amazing to compete in the Olympics? If not in golf, in something.'” Look at that hat! There’s no way Spieth or DJ could have pulled off this look the way Kuchar does here. And in his excitement about the Rio invite, Kuchar admitted to the media last week that he wasn’t aware of the format they would play under for the Olympics. We’ll cut him some slack — at least he’s happy to be there.