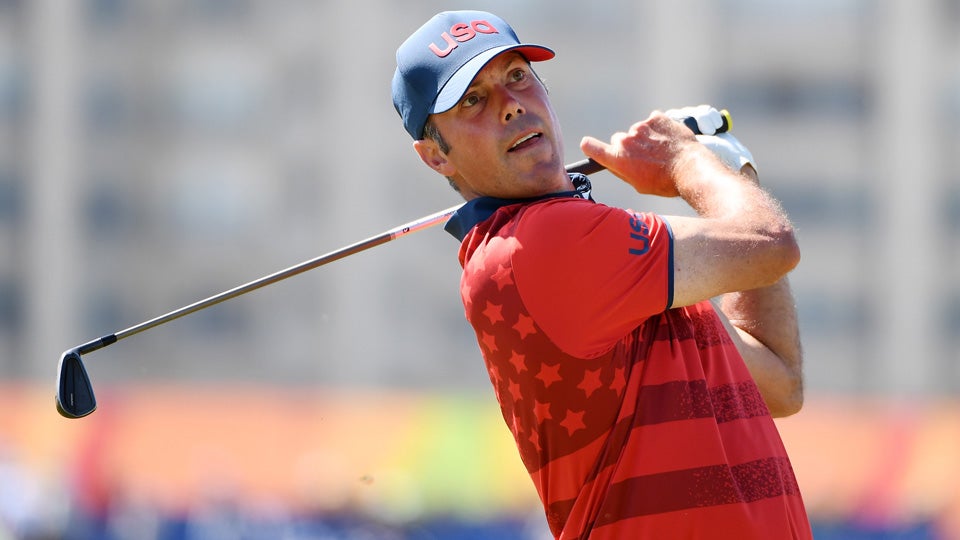 Matt Kuchar only got into the Olympics after a couple of other Americans dropped out, but he's going home with a bronze medal.
Getty Images

Days before departing for Rio de Janeiro, Matt Kuchar snagged a few headlines when he revealed, possibly tongue in cheek, that he thought the Olympic event called for a team format.

Sunday he won a medal, all by himself.

The 38-year-old fired an eight-under 63 under bright skies to match the four-day-old course record set by Marcus Fraser and earn an improbable bronze medal, becoming the only American to find a place on the podium in golf’s return to the Olympics after a 112-year absence.

“I’ve never been so excited to finish top-three in my life,” he said. “I’ve never felt so much pride busting out of my chest.”

Kuchar began Sunday’s final round at five under, seven shots behind leader Justin Rose and four strokes out of third. He opened with a string of pars, then caught fire on holes five through 10, which he played in six under, punctuated by an eagle putt on the par-5 10th.

“I was able to pull off two great shots and have about 15, 18 feet for eagle, and when that putt went in I thought, ‘All right, I’ve got a chance here,'” Kuchar said. “My heart started pounding. I thought, ‘This is a chance to medal.'” He continued to play aggressively coming in. Kuch birdied 15 and drove the green at the par-4 16th. But a three-putt par stalled his run at the leaders.

On the par-5 18th he stood over a sidewinding putt for one final birdie to shoot 62 but left his ball a revolution short of the heart of the cup.

Kuchar finished 13 under, one shot behind silver medalist Henrik Stenson, who bogeyed the closing hole, and three behind gold medalist Justin Rose. Had Kuchar made one more putt, he and Stenson would’ve had a playoff for silver.

But Kuchar was undeniably thrilled with his medal. He was the fourth and final American in the field, and slipped in only after rising into the top 15 in the world and seeing higher-ranked Jordan Spieth and Dustin Johnson remove themselves from consideration.

On Sunday in Rio, he had a moment that will stay with him forever.

“To make an Olympics and to medal is amazing,” he said.